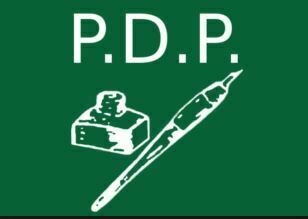 Srinagar, Jun 21: As PDP still Kay’s in shock over BJP pulling out of the alliance, several leaders of PDP said that its Kashmir-centric measures cost it the alliance with BJP.
PDP leaders argue that given the BJP’s right-wing politics and its hard stance on Kashmir related issues, the party relented during the last three years and now felt that time was up for it as it would cost then elections in Jammu and across the country.
“BJP government in New Delhi took several measures on Kashmir which even Congress could not have taken,” the leaders say.
“Appointment of interlocutor, announcement of dialogue with right-minded people, withdrawing cases against stone pelters and the major big decision of unilateral ceasefire during Ramdhan. These decisions were impossible for BJP to take given its anti-Kashmir politics and its hard stance rhetoric on Kashmir,” the leaders argue.
They say that BJP would always threaten scrapping Article 370 and 35A before it was elected to power.
“In the last, three years BJP didn’t say anything about these articles even as these issues are it’s poll manifestos. Only PDP could make it possible that BJP did not touch these issues,” the leaders say.
The leaders say that no doubt BJP pulled out of the alliance but “our party feels good by the decision as we can regain our ground till the elections”.
BJP pulled out of the government this week and paved way for Governor rule which is in place till six months.
The governor has suspended the assembly keeping room for government formation even as all mainstream parties have refused to enter into any alliance. (KNS)