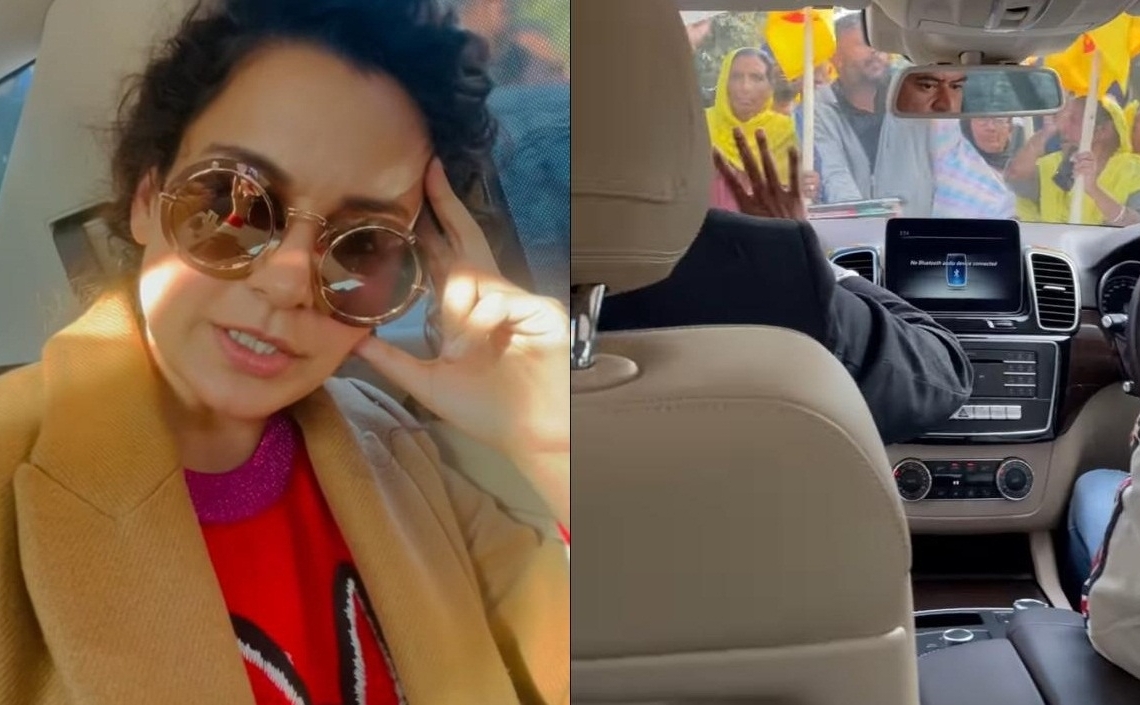 The car of actress Kangana Ranaut was stopped and surrounded by protesting farmers in Punjab’s Kiratpur Sahib town on Friday, demanding an apology from her for comments against the women farmers.

The incident took place close to Bunga Sahib gurdwara on the Chandigarh-Una highway. She was travelling from Manali to Chandigarh to board a flight to Mumbai.

Video footage showed the farmers carrying their organization flags surrounding the Mercedes car and demanding an apology from her. Police personnel were also seen there, convincing the protesters to clear the road.

In the video, the actress said, “I have left from Himachal and arrived in Punjab because my flight was cancelled. My car has been surrounded by a mob who are calling themselves farmers and are attacking me. They are hurling abuses at me and threatening to kill me.”

“In this country this kind of mob lynching is happening openly, if I didn’t have security then what would have happened? The situation is unbelievable. If the cops wouldn’t have been here then they would be lynching openly. Shame on these people!”

In another video, Kangana was seen interacting with a woman from the crowd and holding her hand. “I am completely safe and have left from there. Thanks to Punjab police and CRPF,” she added.

Kangana was disappointed after Prime Minister Narendra Modi announced that the government is scrapping the three controversial farm laws.