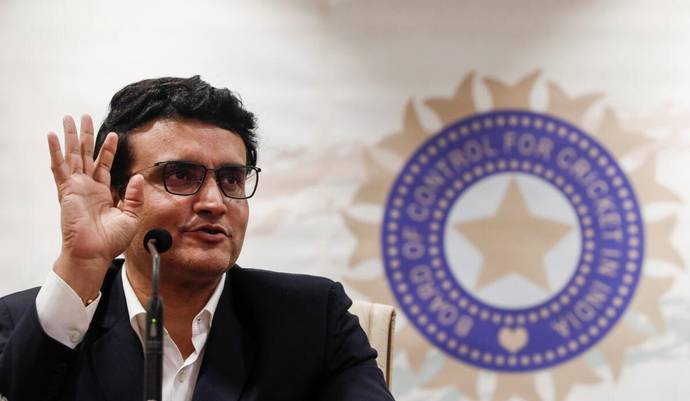 Mumbai :When the Indian Premier League (IPL) got underway in 2008, not many thought that the tournament would emerge as one of the biggest success stories in the world of cricket.
But 15 years later, it has developed into the second most valuable sports league in the world – and on Tuesday, the Board of Control for Cricket in India (BCCI) reaffirmed its status as a cricketing behemoth by earning Rs 48,390 crore through the IPL media rights for a five-year period, starting 2023.
Amid such a windfall, the BCCI president Sourav Ganguly stated that the Board will ensure that the fan-experience improves in the stadiums and that there are plans to host the tournament with more grandeur.
“We will work on it for sure and develop overall infrastructure for a better fan experience. A lot of new stadiums have come up, and the infrastructure of cricket in this country is huge. We will redo a few stadiums a bit and bring back IPL with completely different extravaganza and fandom next year,” Ganguly told Sportstar.
“The last two years have been affected by COVID and the biggest thing is that despite COVID, we managed to host the tournament and this time, we finished it with great hype in Kolkata and Ahmedabad…”
While the BCCI pulled off the entire IPL group stage across Mumbai and Pune this year, the knockouts were held in Kolkata and Ahmedabad. While the Board is looking at a prospective separate window for the Women’s IPL, another major target is to hold the tournament across the ten venues. “It’s a great tournament and it will continue to thrive. But most importantly, the IPL has to go back to a home-and-away format from next year,” Ganguly said.
During this year’s IPL, there was a drastic fall in the television ratings, making many in the Board apprehensive about the new e-auction. However, Ganguly claims that the Board top brass was always confident that the media rights would be a huge success.
“There was no apprehension. We unbundled it to make sure that everybody remains in the game. We were expecting this (windfall),” Ganguly said.
While Star India has bagged the television rights for Rs. 23,575 crore, the Viacom 18 -led combine has been awarded the digital rights for Indian sub-continent Rs. 23,758 crore. The rest of the world rights were divided between Viacom 18 and Times Internet Ltd. for a total figure of Rs. 1,057 crore.
And Ganguly said that they were not surprised with the digital rights being sold at a higher rate. “That’s the way the world is going. We all expected that the digital rights will be big, and we are not at all surprised. This sport is very healthy and there is no doubt about it,” the BCCI chief added.
When the IPL started 15 summers ago, Ganguly was among the ‘icon’ players and led Kolkata Knight Riders. Back then, he, too, did not imagine that it would be such a huge success. But now at the helm of the Board, he is happy to see the tournament come so far.