India has never accepted 1959 definition of LAC with China: MEA 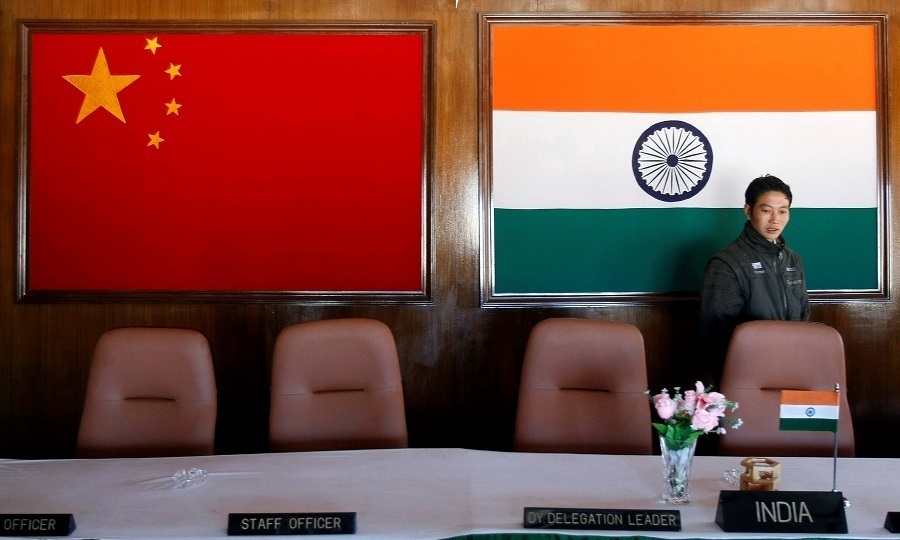 FILE PHOTO: A man walks inside a conference room used for meetings between military commanders of China and India, at the Indian side of the Indo-China border at Bumla, in the northeastern Indian state of Arunachal Pradesh, November 11, 2009. REUTERS/Adnan Abidi/File Photo

New Delhi: Warning Beijing against advancing its untenable unilateral interpretation, India on Tuesday said it has never accepted the 1959 definition of the Line of Actual Control (LAC) with China.

In response to queries on a recent media report quoting a Chinese Foreign Ministry statement regarding China’s position on the LAC, the official spokesperson of the Ministry of External Affairs, Anurag Srivastava, said, “India has never accepted the so-called unilaterally defined 1959 Line of Actual Control (LAC). This position has been consistent and well known, including to the Chinese side.”

Under various bilateral agreements, including the 1993 Agreement on Maintenance of Peace and Tranquility along the LAC, the 1996 Agreement on Confidence Building Measures (CBMs) in the military field, the 2005 Protocol on Implementation of CBMs, the 2005 Agreement on Political Parameters and Guiding Principles for Settlement of the India-China Boundary Question, both India and China have committed to clarification and confirmation of the LAC to reach a common understanding of the alignment of the LAC.

In fact, the two sides had engaged in an exercise to clarify and confirm the LAC up to 2003, but this process could not proceed further as the Chinese side did not show willingness to pursue it, Srivastava said.

“Therefore, the insistence now of the Chinese side that there is only one LAC is contrary to the solemn commitments made by China in these agreements,” he said.

The Indian side, Srivastava said, has always respected and abided by the LAC. As Defence Minister Rajnath Singh stated in the Parliament recently, “It is the Chinese side, which by its attempts to transgress the LAC in various parts of the Western Sector, has tried to unilaterally alter the status quo.” The spokesperson said in the last few months, the Chinese side has repeatedly affirmed that the current situation in the border areas should be resolved in accordance with the agreements signed between the two countries.

In the agreement reached between the External Affairs Minister and his Chinese counterpart on September 10, the Chinese side had reiterated its commitment to abide by all the existing agreements.

Srivastava said that India expects “the Chinese side will sincerely and faithfully abide by all the agreements and understandings in their entirety and refrain from advancing an untenable unilateral interpretation of the LAC”.