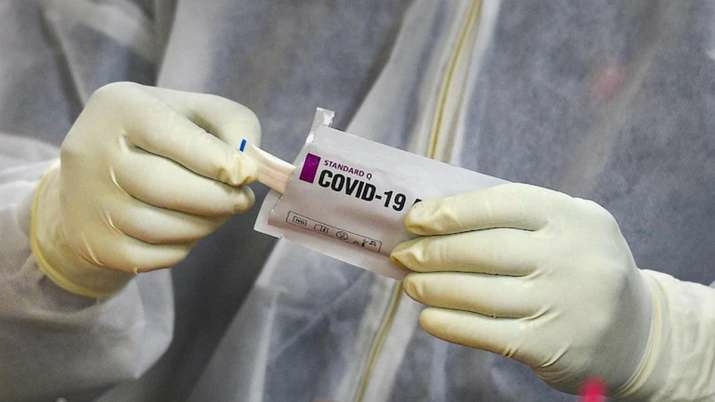 ln view of the possible threat that the new COVID-19 variant can pose to the nation, the Centre has asked all states and UTs to focus on intensive containment, active surveillance, enhanced testing, monitoring of hotspots, increased coverage of vaccination and augmentation of health infrastructure.

Listing a series of measures which states and UTs should undertake, Union Health Secretary Rajesh Bhushan also stressed on rigorous surveillance of international passengers, ensuring prompt dispatch of samples for genome sequencing and strict enforcement of Covid-appropriate behaviour to effectively manage this Variant of Concern (VoC).

As a proactive step, the government has already placed nations, where this VoC has been found, in the category of ‘at risk’ countries for additional follow-up measures of international travellers coming into lndia from these destinations, he said in a letter dated November 27.

“ln view of the possible threat that this VoC can pose to the nation, it is imperative that the intensive containment, active surveillance, increased coverage of vaccination and Covid- appropriate behaviour must be enforced in the field in a very proactive manner to effectively manage this VoC,” Bhushan said.

The health secretary said it is essential that the disease surveillance network in the country is geared up for rigorous follow-up of international travellers from all countries, especially those designated as ‘at risk’.

There is already a reporting mechanism for obtaining past travel details of passengers coming through international flights, he said, adding this should be reviewed and the protocol provided by the ministry should be strictly ensured, including testing on disembarkation of travellers coming from ‘at risk’ countries and sending all positive samples for genome sequencing to INSACOG labs in a prompt manner.

Emphasising that ample testing infrastructure need to be operationalised to tackle any surge due to this mutated virus, Bhushan said it has been observed that the overall testing as well as the proportion of RT-PCR tests have declined in some states.

“ln the absence of sufficient testing, it is extremely difficult to determine the true level of infection spread. States must strengthen the testing infrastructure and strictly implement the testing guidelines,” he said.

Bhushan also stressed on continued monitoring of hotspots, the areas where recent cluster of positive cases have emerged.

“ln all such ‘hotspots’, saturation testing and sending of positive samples quickly for genome sequencing to designated INSACOG labs must be ensured in collaboration with Department of Biotechnology (DBT), Government of lndia, and the National Centre for Disease Control (NCDC). States should keep a close check on the emerging trend of cases and the positivity in an area and quickly delineate hotspots for effective containment of COVID-19,” he said.

The health secretary said states should aim at achieving positivity rate below 5 per cent while focusing on increasing the number of tests and share of RT-PCR tests to aid in early identification.

“Having adequate availability of health facilities across the state is essential to ensure that there are no delays in providing care,” he said, adding that trained human resources, infrastructure, logistics and procurement should be planned and strengthened, considering the geographical spread of the pandemic, and there shall be no compromise in providing prompt, quality treatment to patients.

Bhushan urged the states to optimally utilise the financial support provided by Government of lndia under ERCP 1 and 2 diligently.

INSACOG has been established to monitor the circulating variants in the country, he said, underlining it is important that states must significantly increase sampling from the general population for genome sequencing by sending these samples to INSACOG lab network as per the policy.

“We have seen in the last surges in the country that discourse on Covid is often influenced by misinformation leading to anxiety in the masses. To address this, all states should proactively and regularly address the concerns of community through press briefings and state bulletins providing evidence-based information,” Bhushan said in the letter.

States may also ensure that the community is well-informed regarding the measures undertaken and be advised to follow measures like Covid-appropriate behaviour and getting vaccinated.