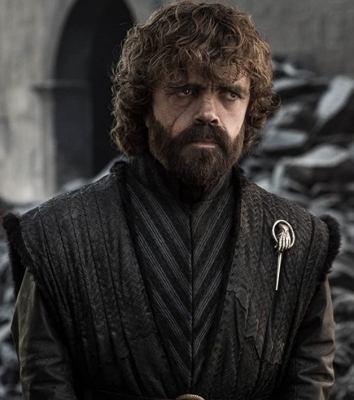 Los Angeles: Popular series ‘Game of Thrones’ is ready with spin-offs, with the upcoming Targaryen-centric prequel ‘House of the Dragon’ first out of the gate later this year.
While the network HBO sets out on expanding the world of Westeros, don’t expect original series creators David Benioff and D.B. Weiss to return to the franchise.
Weiss recently told Entertainment Weekly he has no intention of returning to “Game of Thrones” in the future, reports variety.com.
“All in, we were 11 years, probably, doing that show,” Weiss said.
“When I say 11 years, it was full on, all in, all day, every day for 11 years. It was the best decade of our lives. It still kind of feels a bit like a dream, but we got to a place where it was pretty clear to us that we had reached the end of what made sense for us to be involved with in that world that we lived. It just felt like, for us, it was time to move on and get excited and terrified about building something else – building lots of something elses.”
“We never saw more ‘Game of Thrones’ shows [as] something that made sense for us to be involved with, given where we were just as people at the time we were done with the original,” Weiss added.
Some ‘Game of Thrones’ fans might be relieved Weiss and Benioff are staying away from the franchise, as the duo were at the center of fan outrage due to the polarising last season. Benioff and Weiss have since moved on to Netflix after striking a reported nine-figure first-look deal with the streaming giant.
Their first Netflix project was the Sandra Oh-starring comedy ‘The Chair’, which the duo produced. Next up is the high school comedy “Metal Lords,” which Weiss scripted.
That series debuts April 8. Benioff and Weiss are also in production on the epic science-fiction series ‘The Three-Body Problem’ for Netflix.
As for ‘Thrones’, HBO has several spinoffs in addition to ‘House of the Dragon’ in various states of development. “Person of Interest” writer Amanda Segal is attached to “10,000 Ships,” which centers on Princess Nymeria of House Martell.
‘Rome’ and ‘The Mentalist’ creator Bruno Heller is reportedly behind ‘9 Voyages’, which is to star Steve Toussaint as his ‘House of the Dragon’ character Corlys Velaryon. An adaptation of George R.R. Martin’s novellas ‘Tales of Dunk and Egg’ is also in development.