Flood scare in Shivpora as Jhelum embankment slips away 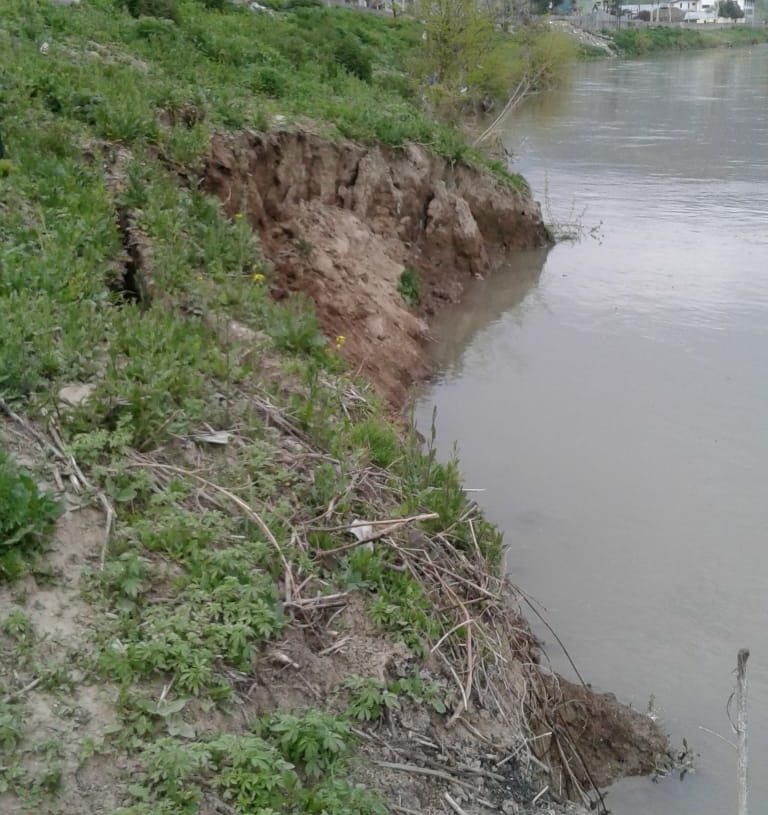 Srinagar, Apr 13: With Jhelum flowing at higher levels, the weakening of embankments along the river at Shivpora here has endangered the population, who fear that water can enter into the residential colony at any time.

The residents, who approached The Kashmir Monitor, said they fear that water will make its way into the adjoining areas of Indira Nagar and Sonwar.

A resident of lane 1, Shivpora, said the muddy embankment of the river close to his home is gradually slipping away.

“My family has been spending sleepless nights. There is every chance that water would breach the embankment and enter into our area and the adjoining areas,” he said.

The resident said he has apprised the concerned authorities of the issue but so far nothing has happened.

“I even approached the grievance cell of the state government. It said that it has forwarded my complaint to chief engineer, Irrigation and Flood Control (I&FC) for necessary action. We were hopeful that somebody from the department would visit the spot but so far nobody has,” he said.

Asking for immediate repair of embankments, another resident of the area, Dr Bakshi Jehangir said the authorities have not learnt any lesson from the September 2014 floods.

“We all know the havoc and destruction caused by the September 2014 floods. The authorities have been saying that they are carrying the dredging and strengthening the embankments. On the ground, nothing has happened,” he said.

“The embankments continue to be weak. We continue to face the threat. We were hopeful that after 2014 floods, due care of embankments would be taken but nothing concrete was done,” he added.

While seeking the intervention of Governor Satya Pal Malik, the residents asked for early repair of the embankment.

When contacted, Chief Engineer (CE), Irrigation and Flood Control (I&FC), Ashok Sharma said that work on the embankments would be started soon.

“Today (Saturday), the work couldn’t be started because of rain. We will start the work from Sunday. For the time being, we would be doing deodar piling, afterwards the embankments would be made concrete,” he said.