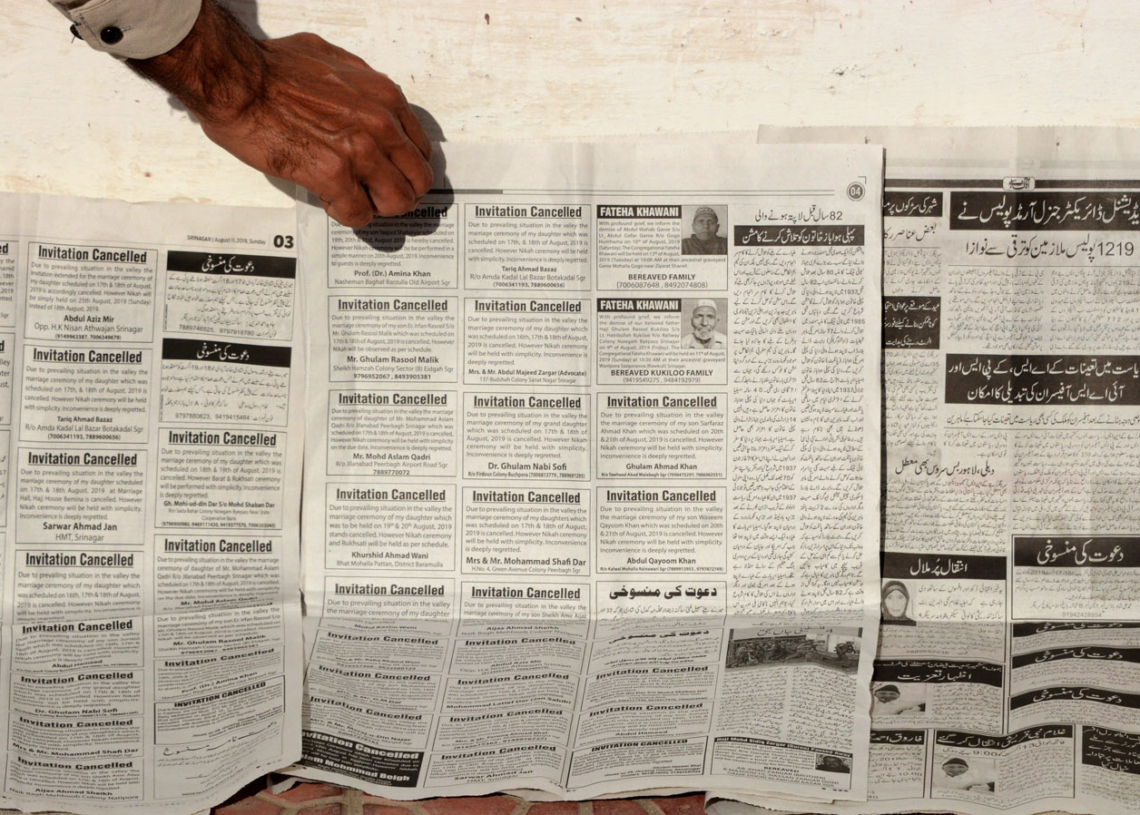 Srinagar: The mass cancellation of weddings in Kashmir due to the prevailing situation has severely hit scores of businesses associated with such functions.

In view of the uncertainty prevailing for the last four weeks after abrogation of Article 370 and bifurcation of the state, scores of marriages scheduled for these days and coming months have been either postponed or carried out with austerity.

The prevailing situation impacted the income of wazas, the traditional chefs, who otherwise had already a full season booked all the way till November.

Ghulam Ahmad Khan, a chef from Budgam had expected a good season ahead. Such was the rush that Khan had to reject offers from many of his clients till July.

However, for the past four weeks, he is idling at home and eagerly waiting for the call from the clients for cooking feasts for marriage.

He, during the last one month, missed many of the fat weddings for which he was supposed to cook wazwaan.

“Wazas (local chefs) eagerly waited for this season. I along with my team of eight chefs was scheduled to cook wazwaan for the next two and a half months. Unfortunately, every day my clients inform me about the postponement of marriages,” he said.

Not just these chefs, there are other associated businesses with marriage ceremonies as well which have been heavily impacted due to the current situation.

For instance mutton, the imports of which from many states of India increase during the marriage season, has declined below the average import.

Mehraj-ud-Din Ganie, a mutton dealer, said that the majority of the dealers have cut down their imports from states including Amritsar, Uttar Pradesh in view of the ongoing situation in Kashmir.

“Nearly 75-100 trucks of sheep would be imported to Kashmir during the wedding season on an average. Currently, the import is equal to nothing and mostly the stocks bought for Eid are currently being used for marriages,” he said.

Ganaie said that most weddings in Kashmir at present are taking place with austerity.

“Those who would have planned to cook one quintal mutton manage with half a quintal by cutting down the number of invitees,” he said.

The poultry sector equally faced a blow. Fearing losses, scores of the poultry dealers are selling chicken as cheaper rates in many parts of Kashmir.

Saleem Ahmad, a Baramulla based poultry dealer who has purchased hundreds of chick a month ago is now selling them at cheaper rates in various villages of north Kashmir.

“Every morning I load my vehicle with chicken and sell it at Rs 100 per kilogram. Normally a kilo of chicken would cost Rs 140-150. If I don’t sell them they would die due to the lack of food,” he said.

Spice and dry fruit sellers are equally distressed as they had to close their outlets due to the prevailing situation.

All the dealers in Srinagar’s spice and dry fruit markets including Koker bazar, Maharaja Bazar, Maharaj Gunj have closed down their shops for the last two weeks.

The tent providers and people associated with catering services in marriages claim their season of earnings has slipped away as marriages don’t take place with utter pomp-and- show.

“Our earning is dependent on these two months only unlike other business who run round the year. Now those who hold functions like marriage don’t avail our service and use their homes to accommodate guests, who are numbered,” said Abdul Ahad Bhat a tent provider.