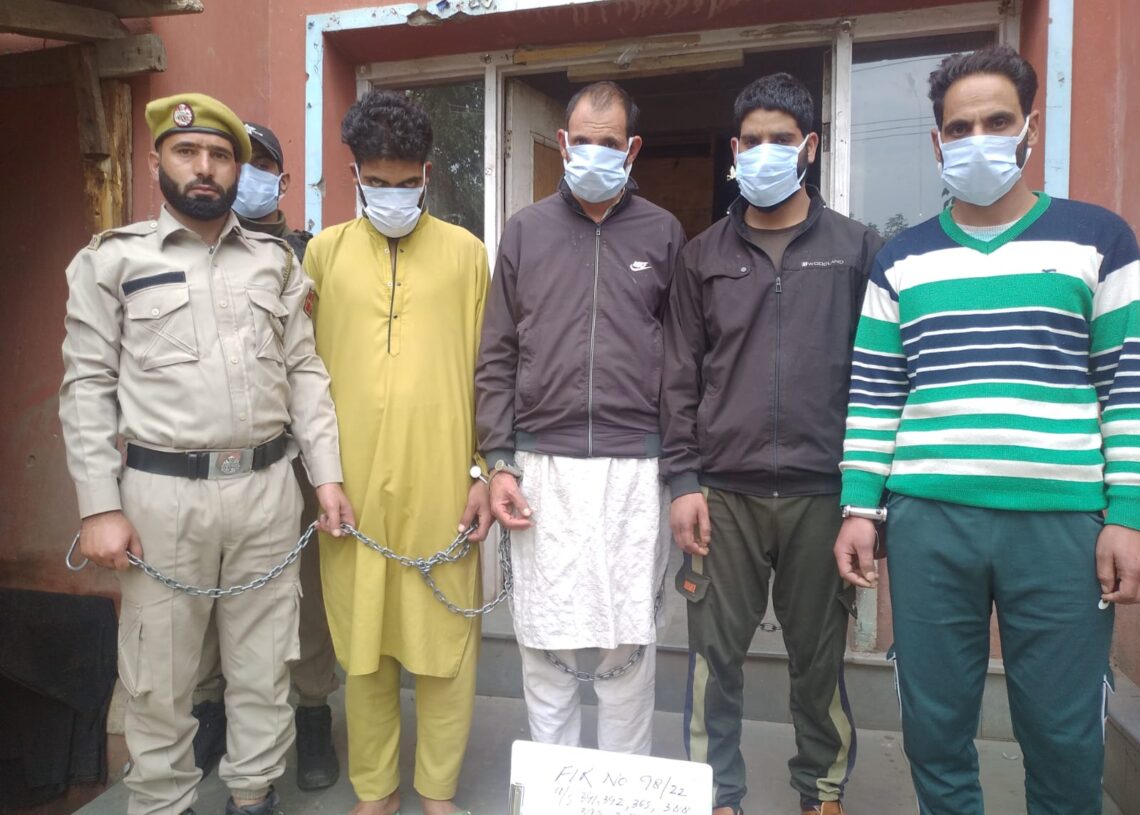 SRINAGAR: Police have busted a gang of extortionists who used to take obscene videos of people and extort money from them in the Budgam district.

The gang used the wife of one of their members as bait and shot obscene videos. Later they used the videos to blackmail the men.

Police have recovered cash, cellphone, and other materials from their possession.

Police said they received several complaints regarding a gang of extortionists operating in the Beerwah area of Budgam. Accordingly, a case under relevant sections of law was registered and an investigation was initiated.

Preliminary investigations revealed that the modus operandi of the gang was to rob people at knifepoint. The gang used to shoot a video of the victim with a lady in a compromising position. They used the wife of one of the gang members as bait. They used to take the video and pictures for blackmailing the

After strenuous efforts, police arrested all the accused persons involved in the commission of a crime. They have been identified as Mushtaq Ahmad Bhat, Rouf Ahmad Dar alias Kantroo, Mushtaq Ahmad Khan, Farooq Ahmad Ganai, and a lady (name withheld).Some cellphones of the accused with objectionable videos/photos and other material have also been seized in the instant case