Boy hospitalized after ‘thrashed’ by deployed forces in Srinagar 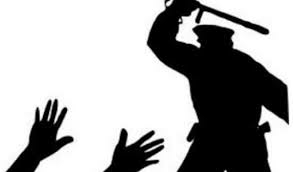 Srinagar, June 25: A teen aged boy was hospitalized after allegedly thrashed by the Army and CRPF in Mustafabad, HMT locality of Kashmir capital  Srinagar on Sunday evening.

Sixteen year old Aaqib Ahmad Khanday, son of Ghulam Ahmad Khanday, a resident of Rawatpora, Beerwah of Budgam district according to family was severely injured after mercilessly thrashed by Army’s 2RR and CRPF without any provocation in Mustafabad, HMT.  Aaqib works in a bakery shop with his uncle at Mustafabad, the family said.

The incident occurred on Sunday evening at around 6pm when Army and CRPF in large numbers were deployed in the locality.  Locals said that the Forces were deployed in strength after the killing of local militant Dawood Ahmed in Khiram Nowshera village of South Kashmir’s Anantnag district.

“Aaqib was just passing through the locality when a group of army men and CRPF caught hold of him and thrashed him brutally,” said Mashooq Ahmad, brother of Aaqib.

He was then taken to SMHS hospital Srinagar where he is currently undergoing treatment for his injuries. His condition as per hospital sources is stated to be stable.

When contacted, a senior official feigned ignorance saying they will verify the incident.

Srinagar based Defense Spokesperson, Colonel Rajesh Kalia termed the allegations baseless. “None of our soldiers is involved in the manhandling of youth,” he added. (CNS)