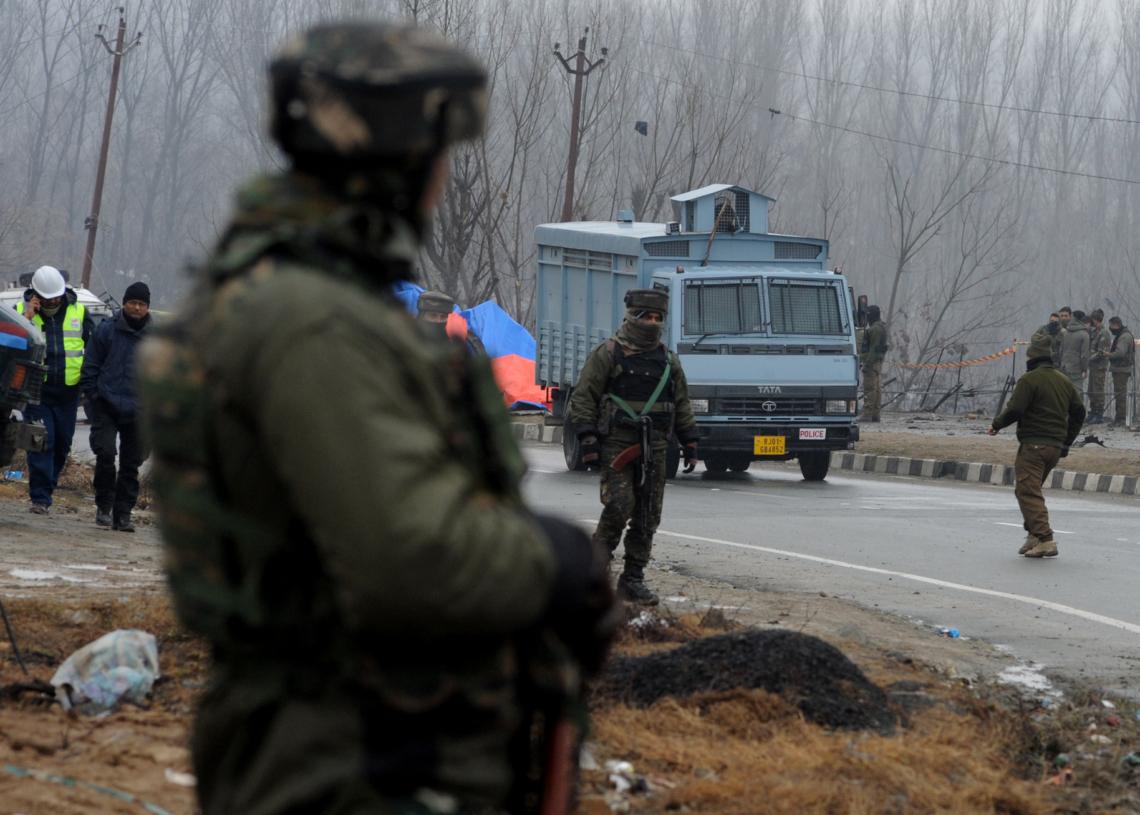 Srinagar, Feb 15: Thousands of people from different parts of Kashmir Valley especially from Southern parts visited the house of the militant who carried out an audacious attack on CRPF convoy at Lethpora on Thursday killing at least 49 troopers.
Adil Ahmed who hails from Gundibagh village of Kakapora Pulwama according to police was responsible for this gruesome attack.
Eyewitnesses said that thousands of people thronged the house of the slain militant right from Thursday evening and the rush continued on Friday as well.
Witnesses added that five to six funeral prayers in absentia were offered for Adil Ahmed whose video about the attack has already gone viral.
Witnesses told news agency CNS that there was a mass funeral prayer in absentia for Adil that was held at 2 pm. “Tens of thousands of people participated in it,” witnesses added.
“We couldn’t locate the body of Adil so funeral prayers in absentia were offered for him,” said a local.
Meanwhile, a 12 member NIA Team arrived in Kashmir Valley to probe the Pulwama attack. Sources said that the NIA team that arrived in Kashmir is headed by G Mukesh Singh, a 1996 batch J&K cadre officer. Singh is currently on deputation with NIA. He has handled terror-related cases including the ones in Nagrota, Sunjuwan and Uri.
Sources said the 12-member started their investigation shortly after their arrival in Valley.