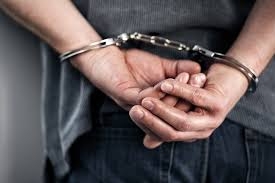 Reliable sources said that Police Station Nigeen had registered an FIR vide number 44/1992 under section 302, 344, 364,348, 201, 109, 102B RPC against one Azad Mir alias Asghar son of Muhammad Sultan, a resident of Nigeen Srinagar some 28 years ago. The complaint was filed by one Fayaz Ahmed Bazaz of Hazratbal who in his complaint accused Azad Mir of murder of his brother.

Sources said that the case was handed over to Crime Branch after police failed to nab the accused. Sources added that Crime Branch Kashmir too failed to nab the accused despite making hard efforts, however, a couple of day’s back, it managed to arrest the absconder from Muzaffarpur Bihar.The accused was produced before the Court where on the directions of Court he was sent to Central Jail Srinagar. A Police official confirmed that a case stands registered against the accused in police station and Crime Branch managed arrest the absconder after a gap of 28 years.