World Elder Abuse Awareness Day: Behind the smokescreen of `all-is-well’ lies stories of neglect in Kashmir 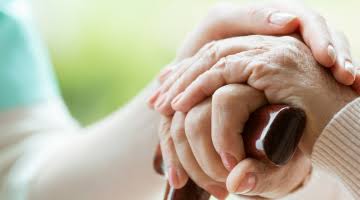 Srinagar: In May last year, a desperate call for food from an abandoned elderly couple left a lump in everyone’s throat.

“They were quite aged and nobody was there to take care of them. Their son and daughter-in-law lived in the same locality and didn’t bother to check on them. We delivered them food for one week continuously. Until a relative took them to his place,” a volunteer at a local NGO, SRO Kashmir said.

“We received some calls pertaining to verbal and physical abuse faced by the elderly during the pandemic. Many of them sought monetary help to buy medicines. They had been neglected by their children and were on their own,” Director SRO Kashmir, Mohammad Afaaq Sayeed said.

Geriatric care Specialist Dr. Saqiba Afzal said elder abuse is any act that causes harm to an older person and is carried out by someone they know and trust such as a family member or friend. The abuse may be physical, social, financial, psychological, or sexual and can include mistreatment and neglect.

“In physical neglect, the older person’s essential physical needs are deliberately not catered to by the formal or informal caregiver or other trusted persons. An example may be a willful failure to turn a bedridden older person (which will precipitate bedsores),” Afzal said.

She said psychological neglect can be explained as turning a ‘deaf ear’ to the person’s emotions. The perpetrators (those who commit abuse or neglect) may employ force, threat, deception, or any kind of manipulation.

She stressed that as the observation of World Elder Abuse Awareness Day is underway, awareness campaigns, screening of potential victims and abusers, sensitization of school and college-goers about the issue, caregiver training for dementia, elderly helplines, and more geriatric care facilities are the need of the hour.

Meanwhile, the Directorate of Health Services, Kashmir (DHSK) has initiated a program for the elderly. Under the program, the concerned team of doctors which comprises geriatric specialists, physiotherapists, and others, hold camps in selected areas, and there they then reach out to the pre-selected elderly patients who are bed-ridden and whose families are not in a position to take them to the healthcare facilities.

Earlier, such a camp was held in Batamaloo, Geriatric Health Camp and Home visit for elderly citizens was held at Kenihama of Block Chattergam in Budgam where 150 patients above 60 years of age with different ailments were seen during the camp while as 8 others were identified for a home visit.