Why this Kolaveri Di! Kashmir stuck with 2G but these Srinagar areas enjoy 5G speed 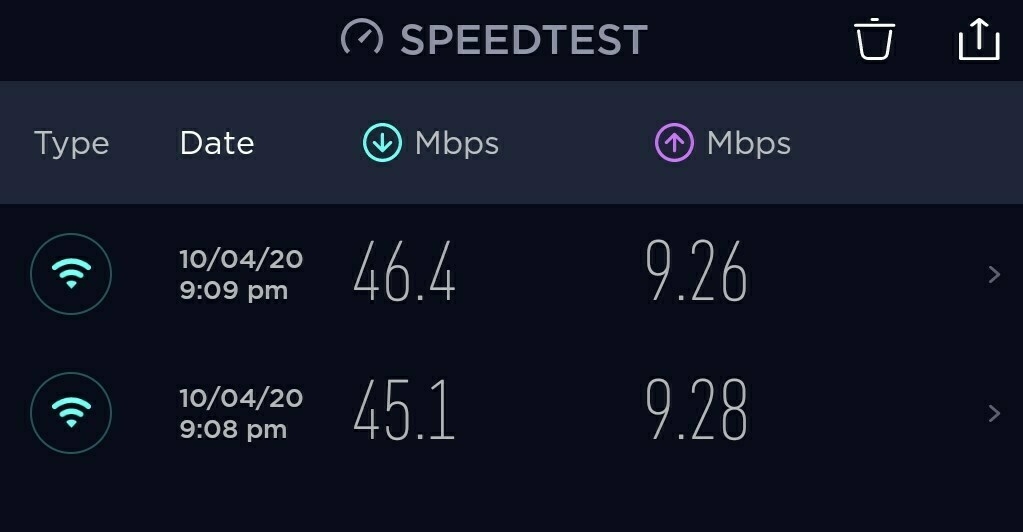 Srinagar: Imagine downloading a 1 gigabyte video file in just 10 seconds in Kashmir! One cannot even fathom it leave alone actually being able to do so considering how the valley is without high-speed 4G internet since August last year.

However, what if we tell you that many areas in Srinagar are able to download even bigger files in lesser time, watch YouTube in HD, and seamlessly browse the oceans of world-wide-web using one of the fastest connections in India right now.

Welcome to the world of fiber connectivity, the high-end internet service that over 3,000 Kashmiris have so far subscribed to in at least 13 different uptown and downtown areas of Srinagar.

Majority of the subscriptions, interestingly, have come in the last three months of lockdown, first in the backdrop of the Article 370 abrogation and now because of coronavirus.

The fiber-to-the-home service by Jio offers internet speeds starting from 100Mbps, going all the way up to 1Gbps, along with a host of other services like free calling, TV, gaming, entertainment, among others. A fiber router installed, the users can connect multiple devices to the network. The monthly plans start from Rs 849 and go up to Rs 8,499.

“While our basic plan offers 100Mbps speed, the actual speeds vary between 50 and 90 mpbs,” a Reliance Jio official who’s part of the fiber team told The Kashmir Monitor.

“The company is planning to cover all of Srinagar and then move into other districts of the valley. The coronavirus lockdown, however, has halted the progress,” he said.

Nazir Gillo, a teacher and Jio-Fiber subscriber in Soura area, says the highest speed he got was around 70 Mbps.

“It normally ranges between 20 Mbps and 70 Mbps. We are able to connect our devices including smartphones, TV, laptops to it and browse, watch and download from the internet seamlessly,” he said.

While speaking to The Kashmir Monitor, Nazir was browsing at a speed of 45 Mbps on his smartphone compared to around 45 Kbps speed flashing on this reporter’s phone.

Getting monthly data of 400 Gbs, Nazir is among the earliest subscribers to the basic 100 Mbps plan, when Jio-Fiber first started operations in Srinagar in early 2019.

Another official at Jio said kin of one of the politicians in Kashmir was the only person here who subscribed to the platinum plan which offers 1Gbps speed.

“He paid an annual subscription of Rs 1.2 lakh in which he gets 10,000 Gbs of data every month at a speed of 1Gbps,” the official said.

Interestingly, while the clamour for 4G restoration grows as Kashmir struggles with coronavirus, the reasons the government gives for suspending the service do not fit in with the high speed of Jio-Fiber, or even with the current 2G internet service on mobile telephony, which practically allows people to browse and share most of the data online.

“If the government claims that suspending 4G is to avoid rumour mongering, isn’t the same possible with the current speed as well?” questioned a Jio mobile user from Pulwama.

As already reported by The Kashmir Monitor, the over 30 lakh mobile subscriber base Reliance Jio has in J&K has paid around Rs 400 crore in bills and recharges without actually getting full services since August 2019.

The J&K administration on April 3 extended the ban on high-speed 4G mobile internet till April 15 citing the new domicile law as one of the reasons, in spite of the rights groups and civil society members demanding its restoration in the wake of COVID-19 outbreak.

There are at least two petitions in Supreme Court right now questioning the ban and seeking restoration of the service.

In one of it, the apex court on Thursday asked the Centre and the Jammu and Kashmir administration to file their responses to the plea.

The petition, filed by the Foundation for Media Professionals, said suspending high-speed internet was violative of a citizen’s right to equality, freedom of speech and right to life, guaranteed in the Constitution.

Another PIL has been moved in by Private Schools Association, Jammu & Kashmir (PSAJK) contending that the lack of 4G connectivity for internet is infringing the fundamental right to education.