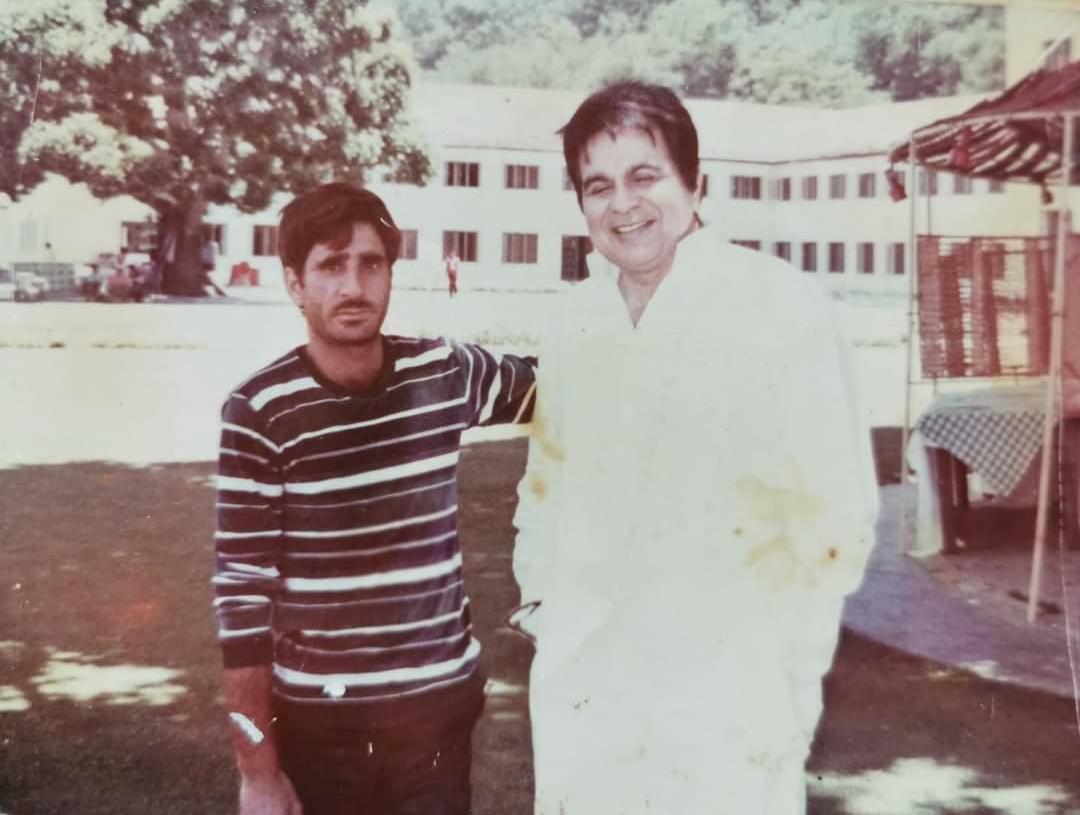 Srinagar: It was 1983 when Mohammad Yousuf Wani, a Kashmiri businessman bumped into his favorite actor, Dilip Kumar and Saira Bano at Oberoi hotel (The Lalit now).

“I had to meet some clients there when I came across my favorite film star. It was like a dream come true moment for me. He asked my name and smiled gleefully. I am Mohammad Yusuf Khan, your namesake, he introduced himself and shook hands,” Wani told The Kashmir Monitor.

Wani said he extolled the hospitality of Kashmiri people and mentioned his deep love for the traditional Kashmiri meal- “Wazwaan”.

“I was getting married in a few days so I invited him to my wedding and relish the meal even though I knew this was a far-fetched dream. He cordially accepted my invitation, however, he had a flight to catch the following day at 11 in the afternoon,” Wani said.

Wani had been following the updates of his health every day and was deeply saddened by his demise. “I have been his ardent fan. I was even nicknamed Salim because of Mughle-Azam. I feel it’s the end of an era,” he said mournfully.

Wani is the only one who is mourning his demise. Grief and condolence messages for Dilip Kumar have been pouring in from every corner on K-Twitter and other social media handles.
“My Nani used to call him Yousuf Saeb,” wrote RJ Mehak from Radio Mirchi 98.3 FM.

Another Twitter user Shakir Parray delved into nostalgia and brought out an old memory of Dilip Kumar’s visit to Kashmir.

“When Mufti Mohammad Sayed (then CM) met Dilip Kumar in Mumbai and urged him to shoot all the upcoming films in Kashmir, renowned cartoonist BAB wrote in his famous cartoon the next day as Wesye Gulan Aamaye Bahaar, Az Saale Antan Dilip Kumar,” Parray tweeted.

Journalist Ahmed Ali Fayaz wrote that an era of the Indian Film industry has come to an end. “For over 50 years, he ruled Bollywood as its undisputed king. He used to be a frequent visitor to Kashmir for the shooting of his films before 1990,” he tweeted.

Dr. Suneem Khan said the best tribute to this doyen of Indian cinema and a “friend of Kashmir” would be a 3-day Dilip Kumar Film Fest” by @J&KTourism. “Showcasing what he captured in his reels from Kashmir,” he tweeted.

Tragedy King Dilip Kumar’s death on Wednesday left the entire Indian film fraternity shocked and in mourning. The legendary actor who passed away at the age of 98 has left a void in cinema and a huge body of work behind, for future filmmakers and actors to learn from. Dilip Kumar, who had been facing regular health issues for months now, passed away at Mumbai’s Hinduja Hospital