We will never forget their sacrifice: Rajnath Singh pays tributes to Galwan heroes 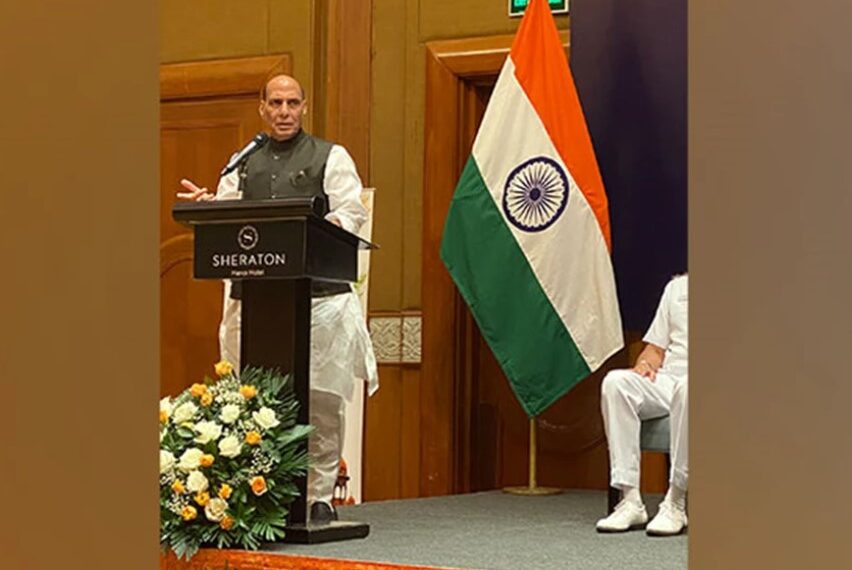 Defence Minister Rajnath Singh on Thursday paid homage to the Indian Army soldiers who lost their lives in the Galwan Valley clash two years ago in 2020.

guTaking to Twitter, Singh, who is on a two-day visit to Jammu and Kashmir, posted, “Remembering the heroes of Galwan who fought valiantly for the honour of the country and laid down their lives on June 15-16, 2020. Their courage, bravery and supreme sacrifice will never be forgotten. I pay homage to those bravehearts.”

For the first time in nearly 45 years, a violent skirmish between Indian and Chinese troops broke out in the Galwan Valley on June 15, 2020, resulting in losses on both sides and marking a new sour turn in China-India relations. The violent clashes, which mostly took place in and around Ladakh’s Galwan Valley and Pangong Lake, claimed lives on both sides and strained the bilateral relationship. Even though two years have passed since the deadliest clash in 45 years between Indian and Chinese troops in Ladakh’s Galwan Valley, the two countries are still engaged in talks for the disengagement process along the Line of Actual Control (LAC). But an early resolution to the standoff is nowhere in sight.

So far, the Indian Army and the Chinese People’s Liberation Army (PLA) have held 14 rounds of talks since the Galwan clashes and one before June 15, 2020, to resolve the standoff but no concrete solution has been arrived at yet. Meanwhile, Defence Minister Rajnath Singh today arrived in Srinagar on a two-day visit to the Union Territory.

He will be visiting forward areas and interacting with troops during his visit. Also, he would attend the 200th anniversary of Maharaja Gulab Singh’s ‘Rajyabhishek Ceremony’ in Jammu tomorrow. Singh took to Twitter to inform about his schedule.

On Wednesday, Singh had tweeted as well by saying, “Tomorrow, 16th June, I would be in Jammu and Kashmir for a two-day visit. I shall be visiting forward areas and interacting with troops during my visit. Also, I shall attend the 200th anniversary of Maharaja Gulab Singh Ji’s ‘Rajyabhishek Ceremony’ in Jammu on 17th June, Friday.”