‘We must stand with Israel’: Kamala Harris is yet another supporter of eviction of Palestinians 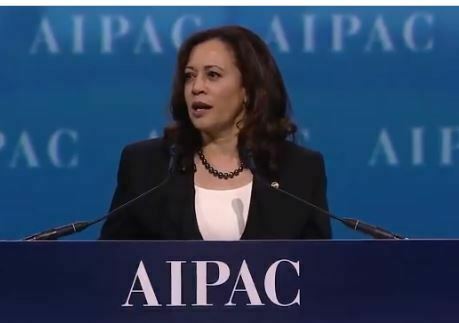 Kamala Harris becoming the first female US vice president elect may be garnering her millions of supporters worldwide including many Muslims who think of her a far left-leaning politician who will be ‘good for them’.

However, Harris’s stance when it comes to Israel is definitely not one which Muslims (or for that matter any person believing in justice and equality) will like.

She made it clear during a speech she delivered at the 2017 American Israel Public Affairs Committee (AIPAC) Policy Conference.

In it, Harris said she supported US providing Israel 38 billions dollars over the next decade in military aid.

The vice president elect’s record on the Jewish state indicates that she may be even more hawkish than Joe Biden, who has sought throughout the campaign to differentiate himself from the progressive wing of the Democratic party.

Harris has only been on the national stage since 2017, but the stances she has taken in her three years as Senator place her rather squarely in the traditional pro-Israel camp of her party.

The first resolution she co-sponsored as a senator was one effectively condemning the Obama-Biden administration’s decision to abstain on a UN Security Council resolution condemning Israeli settlements in the West Bank.

“So having grown up in the Bay Area, I fondly remember those Jewish National Fund boxes that we would use to collect donations to plant trees for Israel,” she said later on in the speech referencing JNF, whose sister group in Israel KKL-JNF has been embroiled in legal battles to evict Palestinian families from their homes in East Jerusalem.

That address was just one of three times Harris spoke at AIPAC, which has fallen out of favor with a growing number of Democrats. More of them tend to prefer the progressive lobby J Street, which believes pressuring the parties is necessary to start peace talks.