`We focus on our family’: Priyanka Chopra, Nick Jonas are proud parents; welcome baby via surrogacy 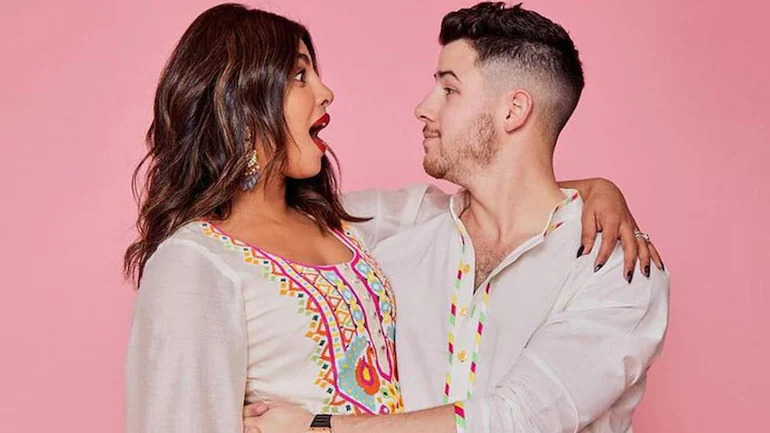 Priyanka Chopra and Nick Jonas have become parents. They have welcomed a baby via surrogacy.

“We are overjoyed to confirm that we have welcomed a baby together via surrogate. We respectfully ask for privacy during this special time as we focus on our family, ,” Jonas and Chopra wrote on their Instagram page.s

Earlier, in an interview with Vanity Fair, Chopra toyed with the idea of adding a baby into their busy family dynamic adding that “big part” of the couple’s future plans.

“By God’s grace, when it happens, it happens,” she told the magazine.

Jonas and Chopra wed in 2018 in several ceremonies over three days in December. They initially hit it off in May of that same year after seeing “Beauty and the Beast” in concert with a group of friends at the Hollywood Bowl.

“One of those friends was the woman that would become my best friend, my confidant, my muse, my beautiful wife,” Jonas recalled a year later on Instagram.

“I got down on one knee, again, and I said: Will you make me the happiest man in the world and marry me?” Jonas told Vogue in November 2018.  “No joke – she took about 45 seconds. Forty-five seconds of silence.” But of course, Chopra said yes.

Recently, the duo celebrated their “first Diwali in our first home together,” Chopra said, to honor the five-day Indian festival of lights in November.

Chopra and Jonas both shared moments from their party, which included celebrity guests such as Chrissy Teigen and John Legend, as well as actor and former White House staffer Kal Penn.

“Happy Diwali to you and yours. Sending you all love and light,” Jonas wrote on Instagram. “My beautiful wife has introduced me to so many wonderful Indian holidays and traditions. My heart is so full to be able to share this with our friends and family.”