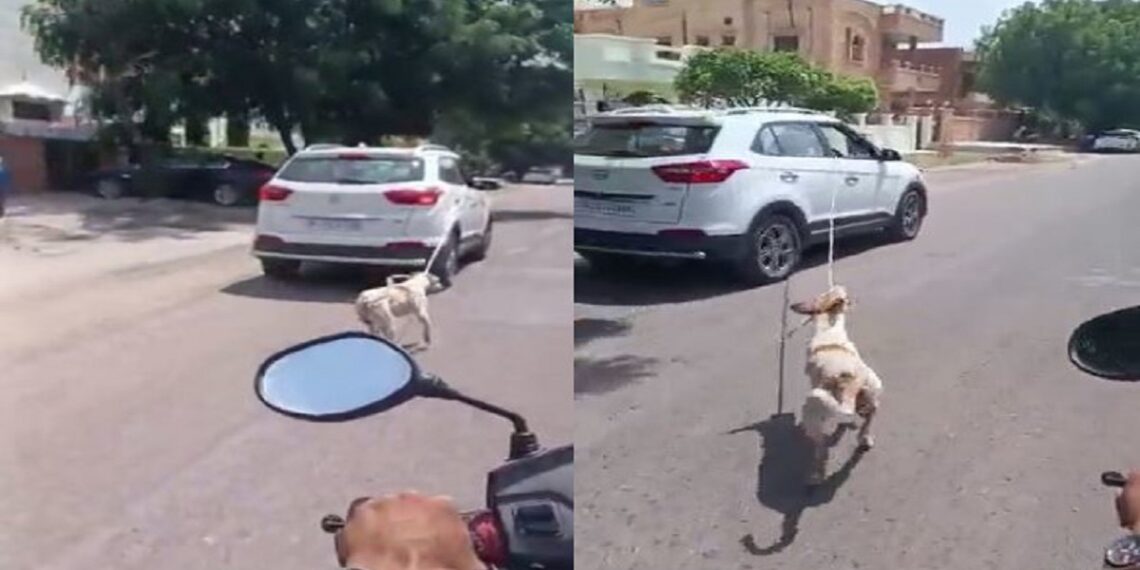 A case of animal cruelty has been registered against a Jodhpur-based famous doctor after a video of a dog, tied to his car, running on the streets went viral on social media.

The video triggered a barrage of comments from netizens who expressed their anger at the cruel act.

Officials confirmed that Jodhpur’s famous plastic surgeon Dr Rajneesh Galwa tied a rope around a dog’s neck and tied him to the car. He then drove around the city roads with the dog running behind it.

While running, the dog fell several times and got injured and bled. When some youths saw this, they intercepted the car with their bike and set the dog free. In his defence, the doctor working in Mahatma Gandhi Hospital, Jodhpur, said that this dog was creating a nuisance in front of his house and hence he was going to leave him in the corporation’s ward.

Aparna Bissa, vice-president of Pukar Animal Care Society, told the media that when the doctor was stopped and interrupted for his act, he argued with the youths.

When the ambulance of the NGO working for the animals reached the spot, the doctor fought with them as well. After that, the local police were informed who with the help of youths and NGO workers, got the dog freed.

Rajneesh Galwa has a house in Shastri Nagar, the posh colony of the city. He is a plastic surgeon at Mahatma Gandhi Hospital.

A case has been filed against the accused doctor under relevant sections.