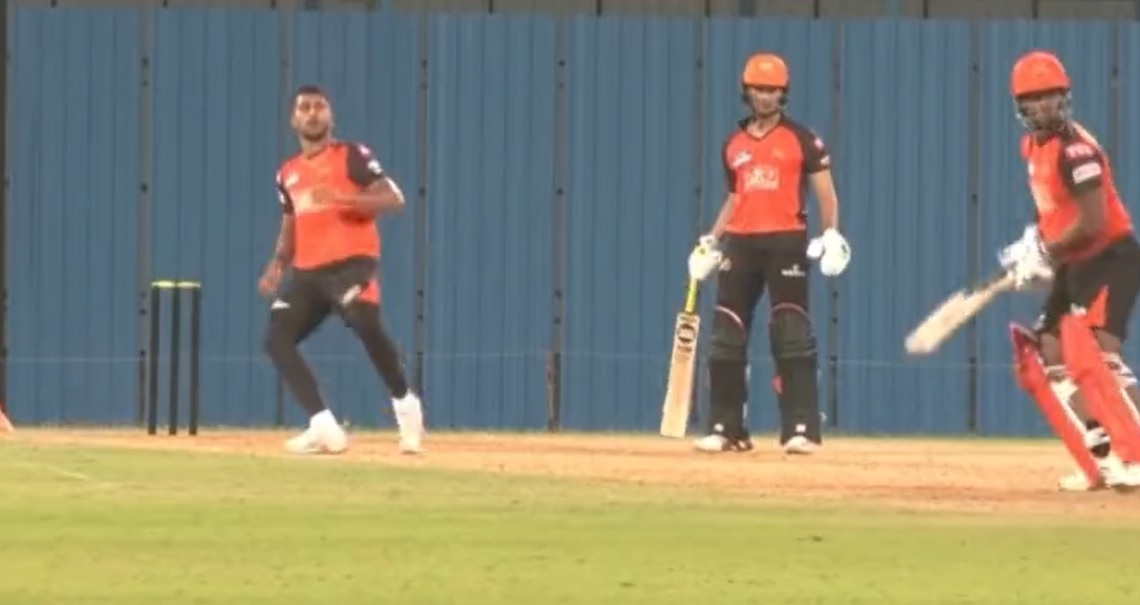 New Delhi: The Sunrisers Hyderabad will be aiming to improve upon their performance in the previous season of the Indian Premier League (IPL), where the side managed to win only three games and had finished at the bottom of the table. The season was further marred with a fall-out between the team management and opener David Warner, who was later removed from the captaincy. Following the end of the season, Warner was released.

The mega auction saw a significant change in SRH’s squad composition, even as the side brought back a number of their old players. The Sunrisers had retained their skipper Kane Williamson, as well as domestic stars Abdul Samad and Umran Malik ahead of the auction.

Malik, known for his lightning-fast pace, had been one of the few positives for the SRH in the previous season and was also called as one of the net bowlers for India during the 2021 T20 World Cup.

The 22-year-old joined the SRH squad earlier this month as it began preparations for the upcoming edition and on Wednesday, a video of his deliveries to West Indies star Nicholas Pooran went viral on Twitter. Malik surprised the Windies wicketkeeper-batter with a stunning bouncer, and then picked his wicket with a similar delivery.

The Sunrisers appointed their former pacer Dale Steyn as bowling coach ahead of the 2022 edition, and Umran will be working alongside the South Africa legend for the season.

“Yeah, very happy to be back. I’ve been in India for quite some time so I’m quite excited to be back. Just driving from the airport brought back so many memories,” Steyn, who has taken 97 wickets in 95 matches in the Indian Premier League, had said in a video posted by the franchise on Twitter.

The SRH will begin their 2022 IPL campaign against Rajasthan Royals on March 29.