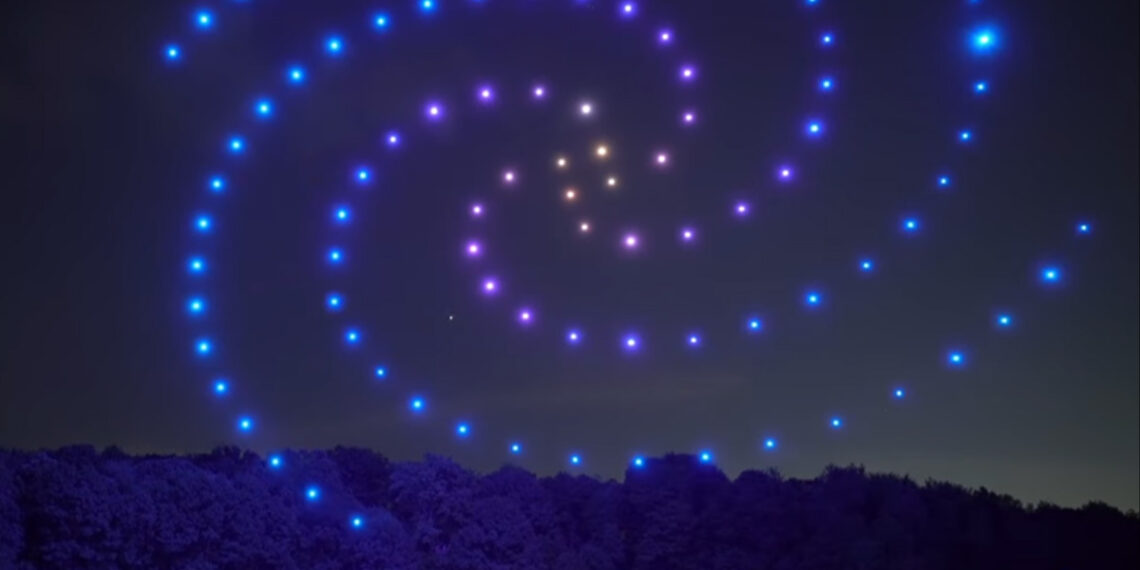 In the video, several drones are shown placed on the grass in an open field as one of the drone pilots zooms past them on a hoverboard and checks their lights.

The clip then transitions to night time and the lighted-up drones are seen flying up towards the sky.

These light-equipped drones then fly around in unison, illuminating the night sky and creating diverse formations and light paintings, before landing back on the ground.

With over 18 hundred likes on LinkedIn, the viral video also got some interesting comments from netizens. One of them wrote, “If someone from the past century (1950-60) could travel in time and see this amazing show, would think that the close encounters of the third kind are regular things for us… I just can say that this is awesome programming that requires great skill and knowledge.”

Another person quipped, “So that’s what all those UFO sightings over the years have been! Drones! We’re just coming to the party!”

A third person commented, “Amazing. Can’t wait until these have completely replaced fireworks so that my dogs won’t completely freak out every time someone wants a light show.”

Expanding on the comment, fireworks shows are increasingly criticized for their negative environmental impact, and concerns are regularly raised around their impact on sensitive wildlife populations. In many cases, drone shows have been used successfully as a great complement to fireworks displays.

However, as a new and exciting form of entertainment, drones have much more to offer. They are capable of a far greater range of effects than fireworks, and their capacity for sophisticated choreography gives them vastly more potential for storytelling in the sky. Drones can also be deployed in more constrained environments where fireworks would never be allowed.