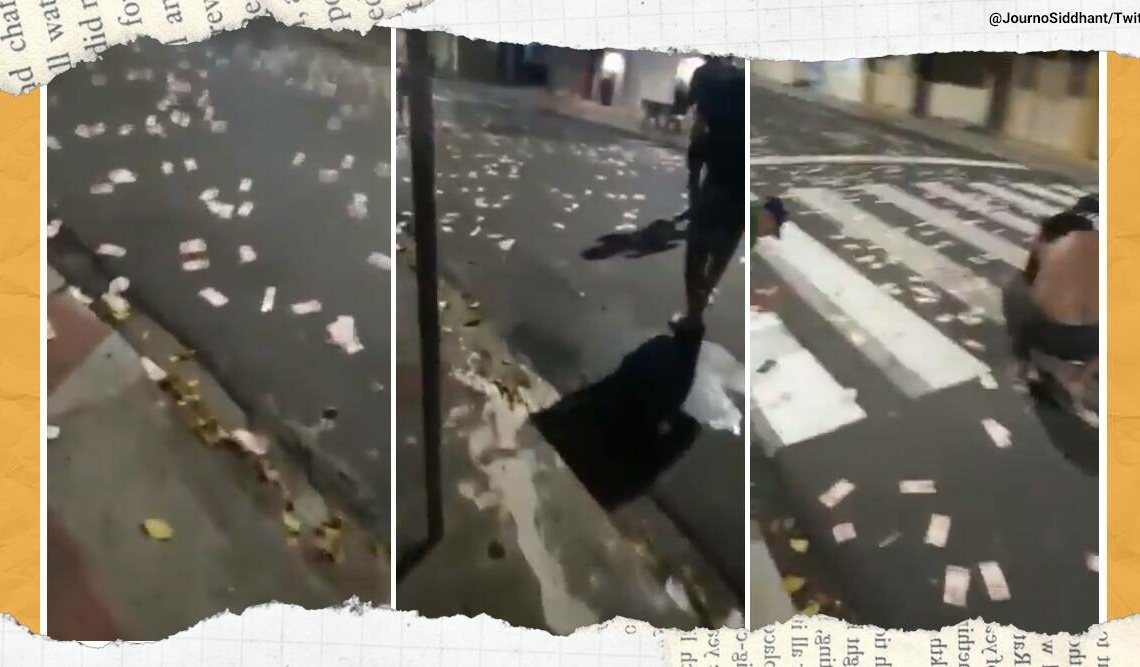 A robbery in Brazil is reminding people of popular Spanish drama series ‘Money Heist’ after the robbers left cash strewn across the streets. In the two-hour-long burglary, which took place in the southern city of Criciuma, the robbers blasted explosives and fired high-calibre weapons at the police, Aljazeera reported. The incident left two people injured.

“So far, four people have been arrested who collected part of the paper bills that were thrown to the ground due to the explosion,” the police told the news website. Several videos and pictures of the robbery were shared on social media, leaving many intrigued.

“Bank robbery like #MoneyHeist executed by thieves in Brazil. People take money scattered on the floor after a mega robbery in the city of Criciuma – Brazil. The modality of crime is called ‘Novo Cangaço’,” wrote a user while sharing the viral clip.

In the video, many local residents were seen rushing to collect the money on the road. Later, Criciuma’s Mayor Clesio Salvaro took to the microblogging websites and requested residents not to leave their homes and exercise all precautions. “As mayor of Criciuma, I ask that you stay home, don’t leave home, exercise all precaution,” Salvaro said in a video.

Here are some of the other clips of the robbery shared on social media: