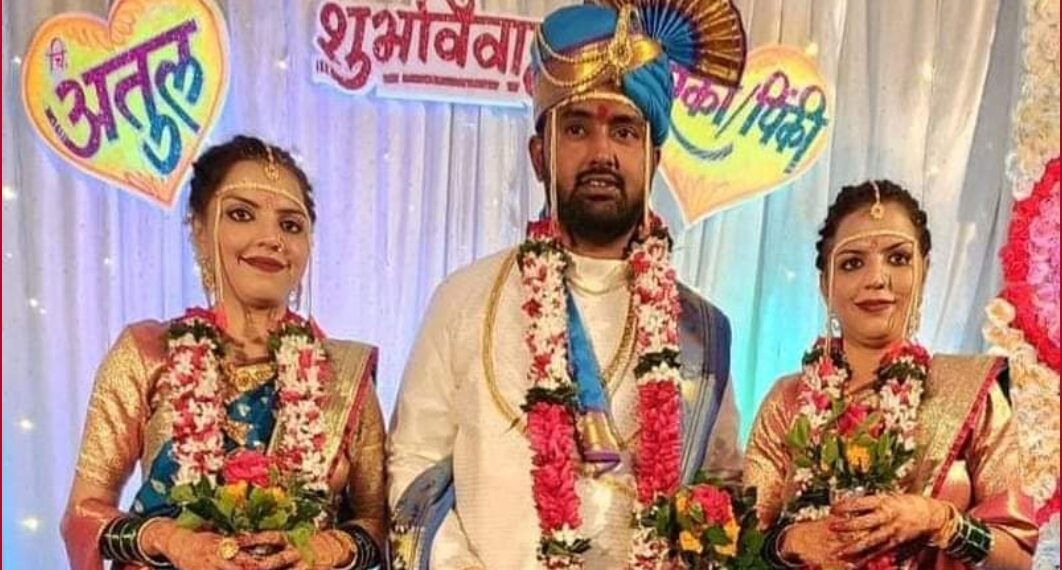 Police have booked a taxi driver for marrying two sisters in the Solapur district of Maharashtra.

The videos of the wedding ceremony that took place on December 2  in Malshiras tehsil have gone viral on social media, inviting mixed reactions.

In the wedding ceremony video, the two sisters were seen struggling to put garland around the neck of the bridegroom as he was lifted by friends and relatives. After several attempts, the twins successfully put the garlands.

“Polygamy is not allowed in the Hindu Marriage act. How did they register this?” wondered a tweep.

The marriage has landed the groom in trouble as a case was registered against him under Section 494 of IPC (Marrying again during the lifetime of husband or wife).

“A non-cognizable offences case under IPC section 494 was registered against one Atul Awtade for marrying twin sisters together on December 2. The wedding took place in Akluj town,” SP Solapur Shirish Sardeshpande told the news agency.