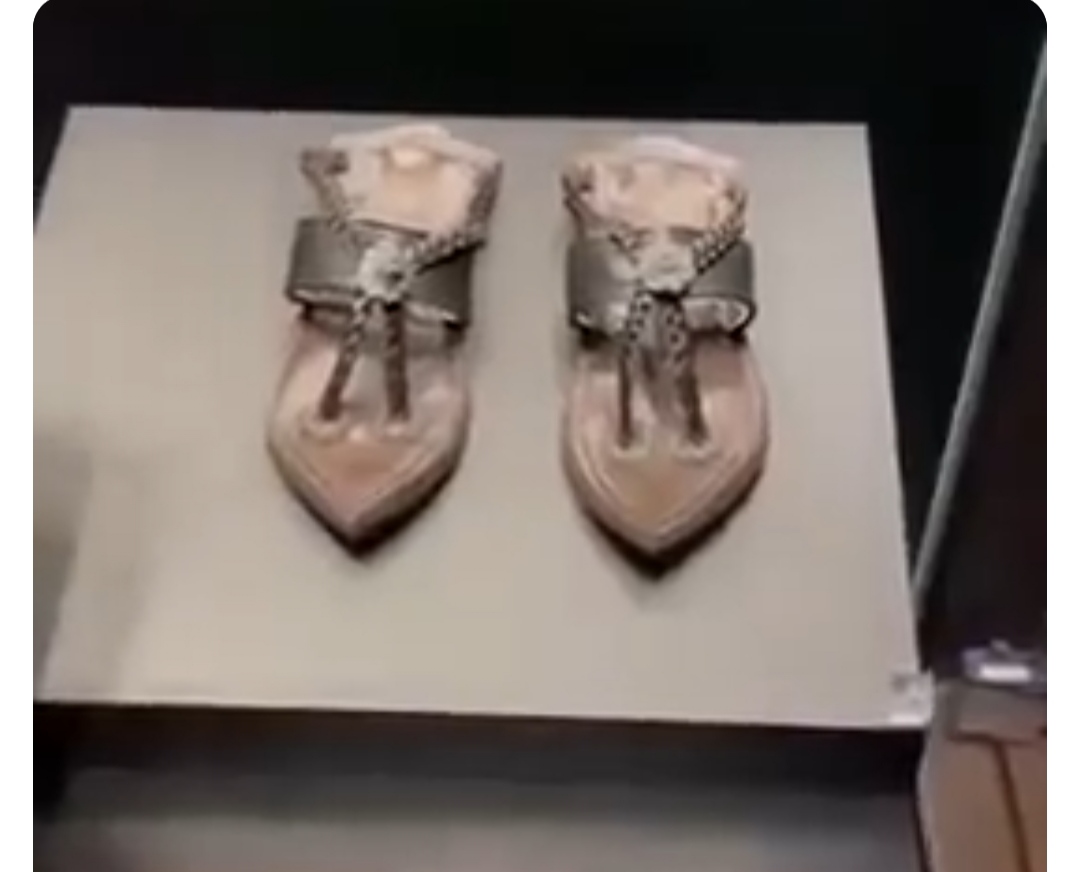 It is part of an exhibition entitled `Migration in the footsteps of the Prophet Muhammad (SAW)’.

According to the Moroccan scholar Ibn Asake, the copy manufactured by Andalusian craftsmen in the 13th century AD is identical to the original sandals worn by the Prophet.

These copies are usually distributed to hadith scholars in Islamic capitals, where scholars are entrusted with the responsibility of preserving and transmitting the teachings and hadiths of the Prophet.

On July 31, King Abdulaziz Center for World Culture ‘Ithra’ inaugurated the first edition of the exhibition coinciding with the Islamic New Year, in the presence of officials and researchers.

The exhibition will last for nine months and it will then move to Riyadh, Jeddah, and Madinah. Later it will be held in other cities around the world.

Media reports said it aims to shed light on one of the most important events in Islamic history. That include the journey of the Prophet in 622 AD from Makkah to Madinah, which led to the birth of a society that today includes more than 1.5 billion Muslims.

Quoting director of the center Abdullah Al-Rashed, the Arabic daily `Sabq’ that the exhibition took three years to design, with the help of more than 70 researchers and artists.

King Abdulaziz Center for World Culture ‘Ithra’ is a cultural center owned by Saudi Aramco, and it includes a modern library, a center for innovation, an oasis for children that is the first museum of its kind for children in the Arab world, a natural history museum, and art halls.