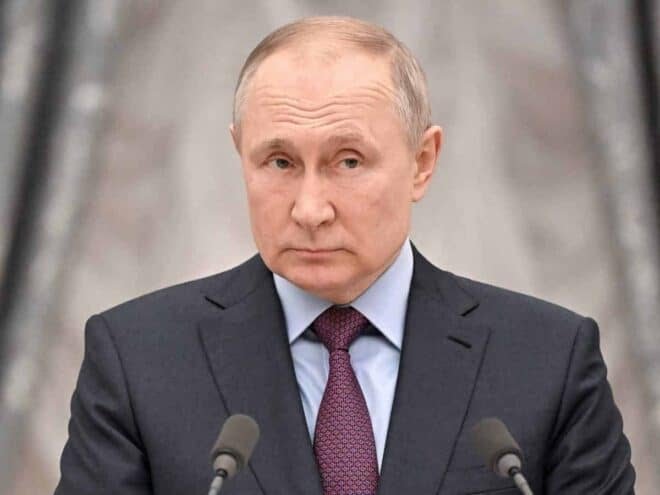 Moscow: Fears are growing inside Russia that Vladimir Putin is preparing to declare all-out war on Ukraine amid speculation that the President could resort to a nuclear show of force over the Black Sea as his invasion fails, a media report said.

Putin will hold an emergency national security meeting on Wednesday with the Russian Senate ordered to sit late so they can rubber-stamp any directives, Daily Mail reported.

At the same time, his new commander in Ukraine – Sergei Surovikin, dubbed ‘General Armageddon’ – appears to be preparing the ground for a retreat from the city of Kherson.

General Surovikin said on Tuesday the situation in the southern Ukrainian city is ‘tense’ and that people living there will be ‘resettled’ in order ‘to protect the lives of civilians and our service members’.

“We are not excluding the most difficult decisions,” he said, Daily Mail reported.

Evacuations got underway on Wednesday as Vladimir Saldo, the Russian official overseeing occupied Kherson, said that up to 60,000 people will be moved over the next six days — suggesting the city could fall within a week.

The administration is also moving, Saldo added, while vowing Russia would “fight to the death” to regain full control.

The defeat would be the most humiliating that Putin has suffered yet, driving fears over how he might respond, Daily Mail reported.

Escalating the ‘special military operation’ into an all-out war would hand the Russian leader powers to close the country’s borders, declare martial law, and strong-arm more men into the armed forces.

Meanwhile, news that UK Defence Secretary Ben Wallace had been called to an emergency meeting at the Pentagon in the US on Tuesday sparked more fears that Putin could be preparing some kind of nuclear show of force, potentially including the first open-air detonation of an atomic weapon since the 1960s, Daily Mail reported.

UK Minister of State for Armed Forces, James Heappey, did little to dampen those fears when he said the discussions Wallace is having are “beyond belief”.

Experts have speculated that Putin may detonate a nuke at a remote testing ground or above the Black Sea to prove that Russia’s huge but aging stockpile of warheads still works, Daily Mail reported.

Increasing the unease is the fact that Russia is expected to carry out an annual test of its nuclear weapons within days in an exercise dubbed ‘Grom’, but has not yet notified Washington when it will take place.