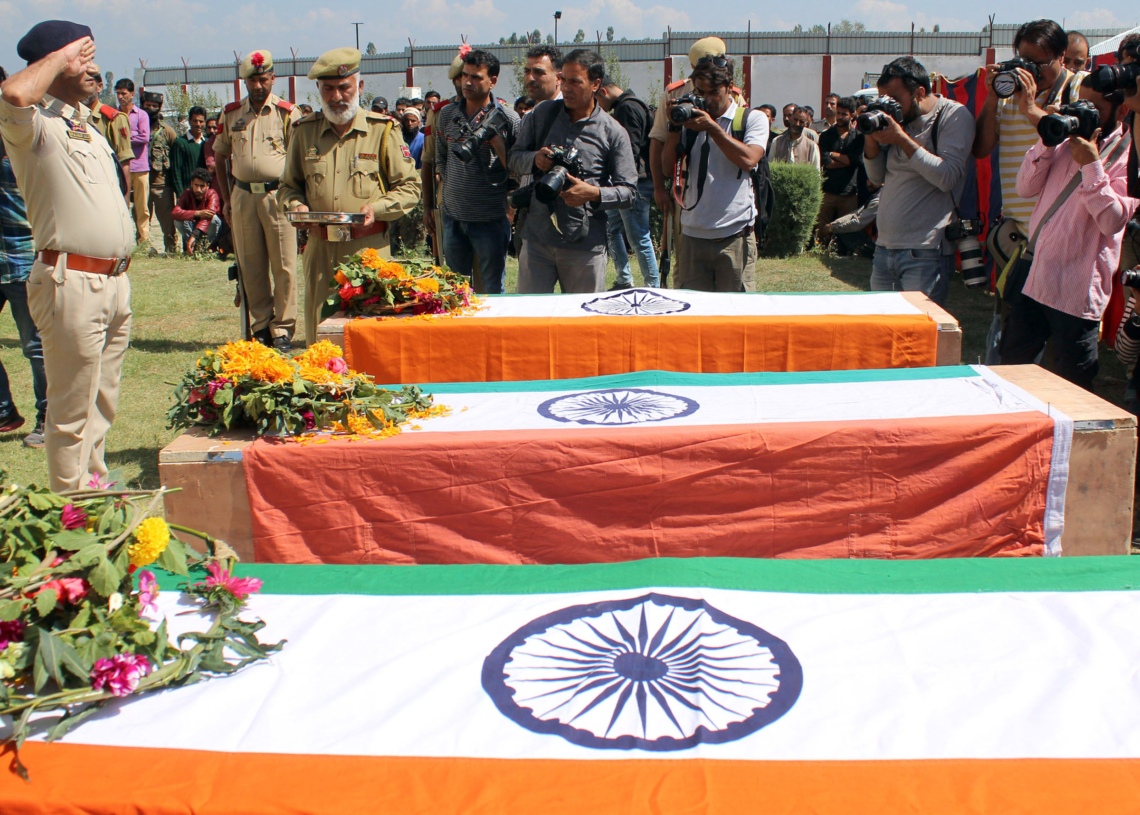 Srinagar, Sep 21: Three policemen were abducted and shot dead by suspected militants in south Kashmir’s Shopian early Friday, police said.
The bodies were recovered from an orchard in Wangam area, more than a kilometre from the village the policemen were abducted from.
Soon after their abduction, police had launched a manhunt to trace them.
The bullet riddled bodies of three cops were recovered from Dangam village of Shopian Friday morning.
According to reports, nearly two dozen militants had stormed homes of the policemen in two southern Kashmir villages and took them away. The three were shot dead and the former officer was released unharmed.
Reports said that the abducted brother of a policeman has been released.
Police identified the dead as constable Nissar Ahmed and two special police officers – Firdous Ahmed and Kulwant Singh – from Kapren and Heepora areas of Shopian.
Police said the residents of Batagund village had chased the militants and urged them not to abduct the policemen, but the militants fired a few shots in the air and and threatened the villagers.
They said the militants crossed a river in the area and shot dead the policemen.
Nissar Ahmed was working with the armed police, Firdous Ahmed, who was under process of being converted to constable, served in the Railways. Kulwant Singh was posted with Kulgam police.
The militants had also kidnapped the brother of a police constable but he was released later.
A Twitter handle purportedly belonging to the Hizbul Mujahideen group has claimed responsibility for the abduction and killing.
The policemen were abducted nearly three weeks after militants had abducted relatives of policemen from various places in south Kashmir on August 30. The relatives were later released.
At least eight people whose relatives worked in Jammu and Kashmir Police were abducted.
Hizbul Mujahideen commander Riyaz Naikoo had purportedly claimed responsibility for the abductions in a 12-minute video, issuing a three-day deadline for the release of all relatives of militants who were in police custody.