‘There was a huge thud and all hell broke loose’: Villagers recount horror as cloudburst leaves trail of death and destruction in Kishtwar 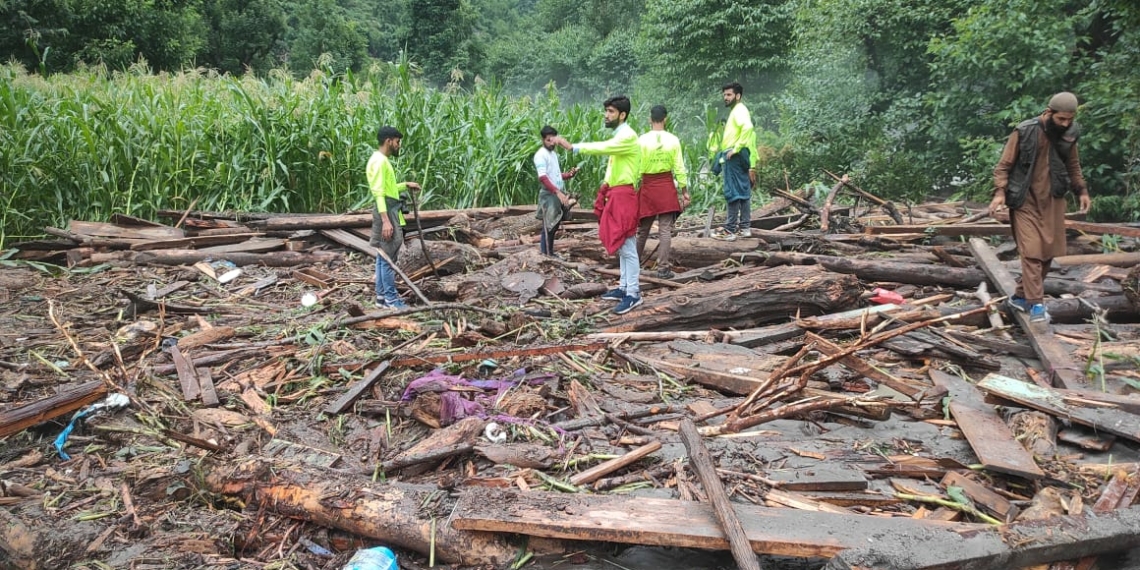 SRINAGAR:  Cries rent the air as the villagers buried seven bodies in Honzar village of the Kishtwar district.

More than 19 people are still missing and rescuers are praying for a miracle. Given the devastation, the rescuers fear that all may have died as two days have passed since the cloudburst hit the village.

Piles of mud, scattered tin sheets, and broken tree trunks encapsulate the destruction of the once picturesque village. Villagers are frantically searching for the missing persons but to no avail. Wailing women sing elegy for dear ones as villagers try hard to console them.

“We met Umar, who was injured in the incident. Umar broke down as he recalled the horror. Shortly after Magrib prayers, there was rain and the stream originating from the T-junction started to swell. Villagers came out of their homes to take stock of the situation. Hell broke loose when there was a huge thud. It was a cloudburst and Umar was swept away by gushing water. Luckily he escaped with some injuries. He told us that he did not what happened later as he fell unconscious,” said Syed Imran, who heads Ababeel Trust.

In fact, a group of 11 Ababeel volunteers trekked for more than five hours to reach the affected village and augment the rescue efforts. “We traveled 50 kilometers in vehicles. Later we climbed for five to six hours to reach the affected village. There were cries and shrikes everywhere. We had carried blankets with us. We met security forces who had been doing rescue efforts from day one. We also tried our best to help. Later we stationed two of our volunteers in the village. The rest of the volunteers came back to arrange relief material,” said Imran.

Police, SDRF, NDRF, Army, and volunteers of the Ababeel Trust have been working against all odds to find out the survivors.

“Despite bad weather, three Indian Air Force helicopters of IAF, one each from Jammu, Udhampur, and Srinagar were pressed into service to airlift SDRF/NDRF teams to Kishtwar. Simultaneously critically injured people were evacuated from Sondar to Kishtwar. Helicopters conducted eight sorties and ferried a relief load of 2250 Kgs. Besides, 44 NRDF and SDRF personnel and 4 medical assistants were also airlifted to the village,” said Lieutenant Colonel Devender Anand, defence spokesman at Jammu.

There are more than 20 houses in this remote village. Of which seven have been swept away by the gushing waters. “Seven houses have been flattened by the cloudburst. There is no trace as if those never existed. Plus two Bakerwal Khotas have also been swept away. These houses were tucked away in the foothills of the mountain. Today only wreckage is left there,” said Imran.