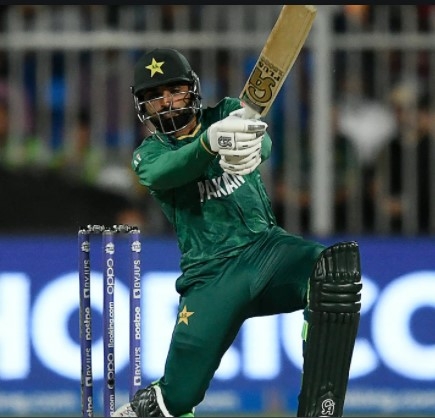 Pakistan star batsman Asif Ali has been voted player of the month for October.

In the women’s category, Ireland’s Laura Delany have been voted the ICC player of the month.

Ali scored 52 runs without defeat across three matches for Pakistan in October at the ICC Men’s T20 World Cup, scoring at a strike rate of 273.68.

He first grabbed headlines at the tournament by blasting 27 not out from 12 balls to help Pakistan defeat New Zealand, but it was what he did in the next game that made him a household name.

With Pakistan needing 24 runs off the final two overs against Afghanistan, Ali hammered four sixes in the 19th.

“Helping your team to win, especially from the jaws of defeat is what makes Asif Ali special. And he did that not just once but twice,” ICC Voting Academy member Irfan Pathan said. “Although he scored considerably less than other two nominated players, the contribution he made and the pressure situations from where he snatched the victories made all the difference.”

Ireland captain Delany shone in their 3-1 ODI series win over Zimbabwe. The all-rounder flourished with bat and ball, scoring 189 runs at 63, and taking four wickets at 27.

Delany posted scores of 88, 35 and 68 in her three innings, scoring at a strike rate of 108.62. In the lone match where she was not required with the bat, she still contributed with the ball, taking 1/22.

“Laura has been playing international cricket for over a decade and has the difficult task of captaining her country, which carries a great weight of expectation,” ICC Voting Academy member Lisa Sthalekar said.

“I have been following her career, ever since I played alongside her in the Gordon Women’s Club in Sydney and watched her development. This recent series was a breakout series for her as she was able to register her highest ODI score and is a worthy recipient of the ICC Women’s Player of the Month for October.”