Sweet corn to broccoli: How J&K outshined Punjab and WB in organic farming 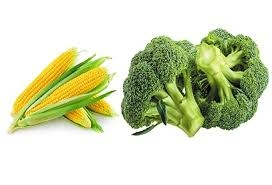 The government has decided to bring nearly 25000 hectares of vegetable land under organic farming in three phases.

Director of the agriculture department, Kashmir, Chaudhary Mohammad Iqbal told The Kashmir Monitor that they are encouraging farmers to adopt organic framing given the high returns and market value.

“The department has set a target of bringing  25000 hectares of land under organic vegetable farming. Kashmir will set an example in producing organic veggies,” he said.

Iqbal said that they are also assisting growers in marketing their produce in the country. “We have exported organic vegetables to Dubai and many states of the country,” he said.

From North to south Kashmir many villages have shifted to the organic mode of farming. Safnagri, a village in the Shopian district started organic farming on experiment a few years ago. Now, most of 300 households have shifted to organic vegetable farming.

Not just Safnagri,  Butho in Bandipora district, and Banagund in Budgam district too have shifted to organic farming.

Even entrepreneurs have started investing in organic farming for better returns. “I grow new varieties including sweet corn, broccoli, lettuce, and cherry tomatoes on my farm. It is challenging when it comes to the availability of bio-fertilizers and bio-pesticides but this farming is future and very modern now,” said Insha Rasool, who owns `Home Greens’.

As per a document the Centre plans to bring 7.35 lakh hectares of land under organic farming in the country till -2026.

“In addition, support is also provided for training, certification, value addition, and marketing of their organic produce,” it said.

Earlier Union Additional Secretary, Agriculture, PK Swain said organic villages are being established in a systematic manner. He said high-end value vegetable crops including exotics are also being promoted and covered under a holistic approach.