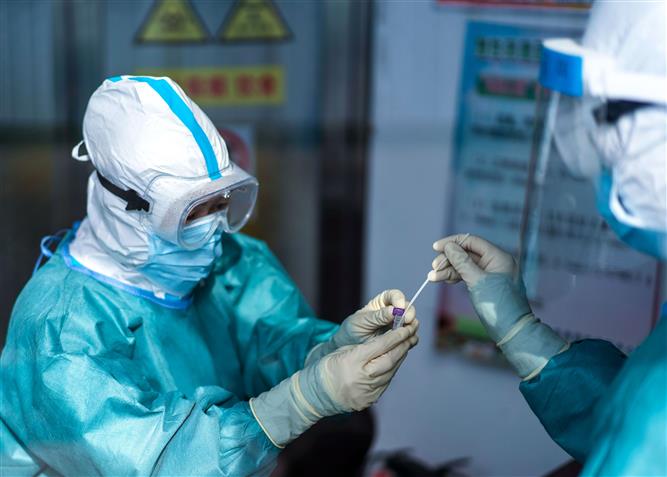 Covid-19 may have been in a relatively dormant state in Jammu and Kashmir for the better part of October however as winters have started to settle in, J&K has yet again reported a surge in active cases and deaths caused by the virus.

During the month of October, the Union Territory reported only 10 deaths due to Covid-19 however in the last two days, six Covid-19 deaths were reported in J&K and alarmingly all of them took place in Kashmir.

On November 3, J&K reported 99 Covid cases of which 81 were from Kashmir alone. Though, no fatalities were reported on November 3 and 4.

As for the active cases, they have again started to increase in Jammu and Kashmir especially in Kashmir. Positive cases have increased from 800 to 981 in the last 15 days.

As per the official data, the total number of active cases in Jammu and Kashmir were 800 including 673 from the Kashmir division and 127 from the Jammu division on October 20

However, in the last 15 days, the active cases have increased from 800 to 981 in J&K which includes 860 in the Kashmir division to 121 in the Jammu division.

As per the data, active cases have increased in Kashmir from 673 to 860 while in the Jammu division the cases have decreased from 127 to 121 in the same period.

Meanwhile, the Union Health Ministry has asked three states/UTs including Jammu and Kashmir to undertake a review of the rising COVID-19 case numbers and weekly positivity rates and enhance testing.

Ahuja Additional Secretary of the Union Health Ministry in a letter to Additional Chief Secretary of Health, J&K had said that the Union Territory has shown an approximately 61 per cent increase in weekly new cases.

“Kathua is a district of concern due to the high quantum of cases and positivity over 2.5 per cent. Besides, there is a need to increase testing in J&K,” she said.