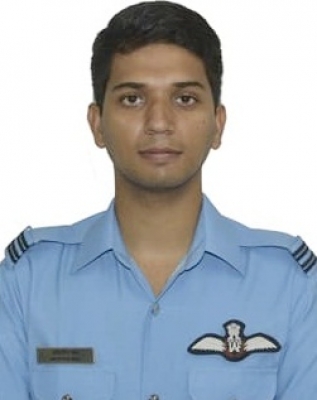 New Delhi: Social media is seething with anger over the irresponsible behavior of some people towards the family of Flight Lieutenant Advitiya Bal, who was killed in the MIG 21 crash in Rajasthan.

The incident occurred when Flt Lt Advitiya Bal’s family was traveling from Delhi to Jodhpur to receive his mortal remains. A Twitter user, who was on the same flight, shared a harrowing experience.

“Flt Lt Bal’s family was sitting adjacent to me in row 3. As we landed the Captain requested everyone to remain seated to allow for the Bal family to disembark expeditiously. Everyone in row 1 & 2 disregarded the announcement,” tweeted Sherbir Panag.

Panag, son of former Northern Army Commander Lieutenant General (retired) HS Panag and brother of actor Gul Panag, said that other passengers did not allow the martyr’s family to pass.

“I and a few passengers had to scream at the top of our voices to make them sit down and allow the Bal family to pass. It was absolutely shocking to see one’s fellow countrymen and women behave in this tone-deaf, selfish manner. That’s the reality of our respect for sacrifice,” he said.

Mortal remains of flight Lt Advitiya Bal will arrive at the Air Force station in Jammu on Saturday.

“There will be a wreath-laying ceremony at AF station, Jammu, and then around 9.45 a.m, it will be taken by road to RS Pura for the last rites”.