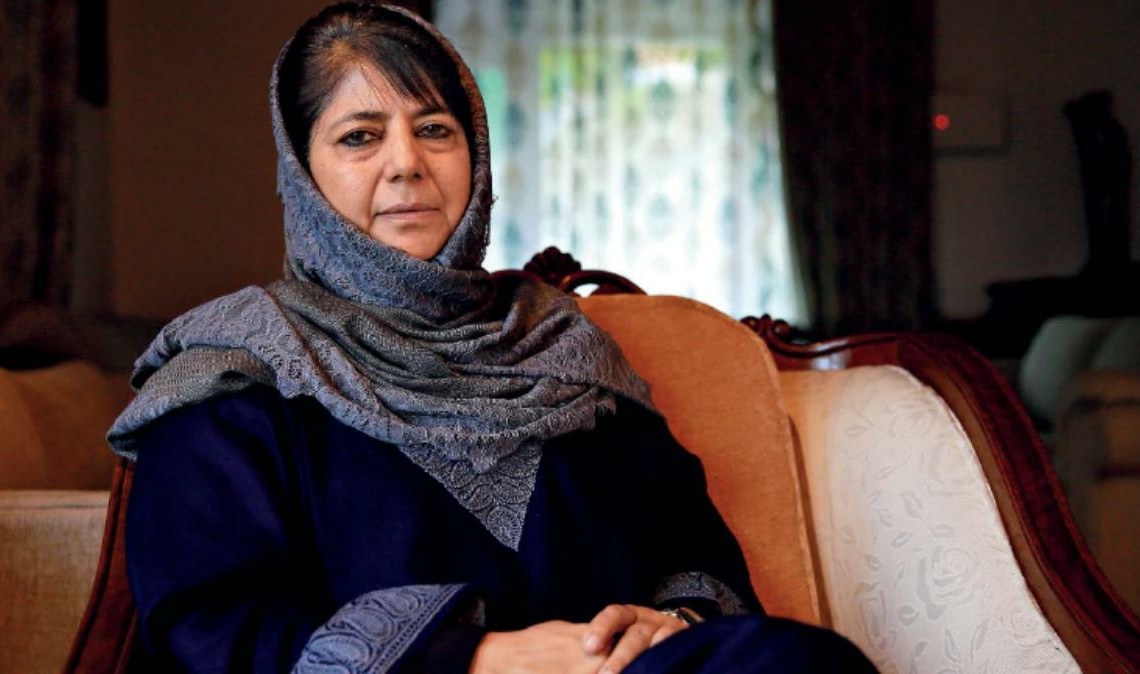 Srinagar, Nov 5:Iltija Mufti, daughter of incarcerated former chief minister Mehbooba Mufti, has written to Srinagar district administration urging them to shift her mother to “suitable location” as she has not been keeping well for some time in the Cheshma Shahi subsidiary jail.

In a hand written letter to Deputy Commissioner Srinagar, Iltija said her mother’s blood tests have revealed that her Vitamin D, Haemoglobin and Calcium levels are low.

“As you are aware, my mother Mehbooba Mufti, former CM of J&K, has been jailed since August 5. A doctor recently conducted multiple tests on her as she wasn’t keeping well. As per those tests, her Vitamin D, Haemoglobin and Calcium levels are low,” reads Iltija’s letter to DC Srinagar.

Iltija noted that the sub jail, in which her mother is lodged, is not equipped with adequate heating arrangements to deal with Kashmir’s harsh winter.

“Keeping this in mind, I would like to request you to shift her to another suitable location. I hope you will address this problem urgently,” the letter reads.

Iltija has also cautioned Centre that if anything happens to her mother, they shall be held responsible for the consequences. “I have repeatedly raised concerns about the wellbeing of my mother. I wrote to DC Srinagar a month ago to shift her to some place which is equipped to deal with harsh winter. If anything happens to her, the Indian government will be responsible,” she tweeted.

Later talking to The Kashmir Monitor, Iltija said she hasn’t received any response from Deputy Commissioner yet.

“I even wrote an email to Deputy Commissioner Srinagar a month ago and still I haven’t got any response from him. Everybody is aware how harsher winter are in Kashmir .My mother is not feeling well and she needs to be shifted to a better place,” she told The Kashmir Monitor.

While Farooq, who was been slapped with Public Safety Act (PSA), is detained in his house, Omar is detained in Hari Niwas Palace, which has been designated as sub jail.

So far government had not made any official statement about releasing the political leaders. However, sources said that government was considering shifting the detained leaders from Srinagar’s Centaur hotel to an accommodation in Shivpora.