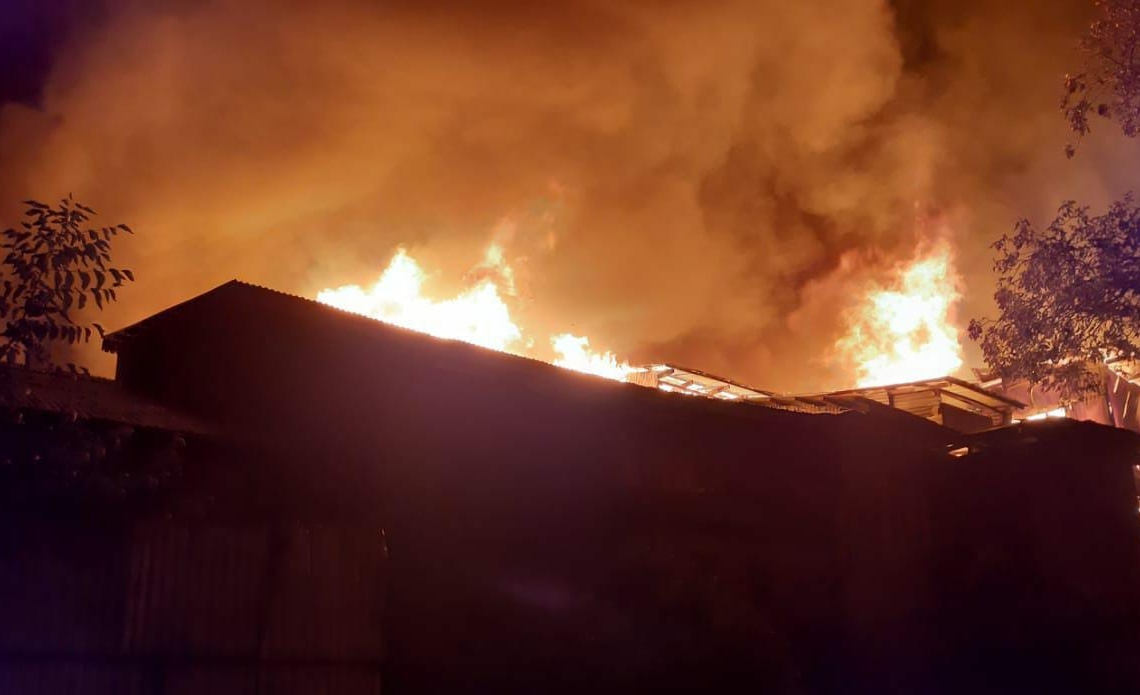 Baramulla : Several houses were damaged in a massive fire that broke out in Noorbagh area of North Kashmir’s Baramulla district on Thursday evening.

Officials told that massive fire broke out in the area after a gas cylinder blast.

They said that as the fire broke out in the areas fire tenders were rushed to the spot to douse off the flames while locals, police and the Army were also trying to douse the flames.

The officials said that several houses were damaged in this massive blaze, however, no injuries or casualties were reported—(KNO)