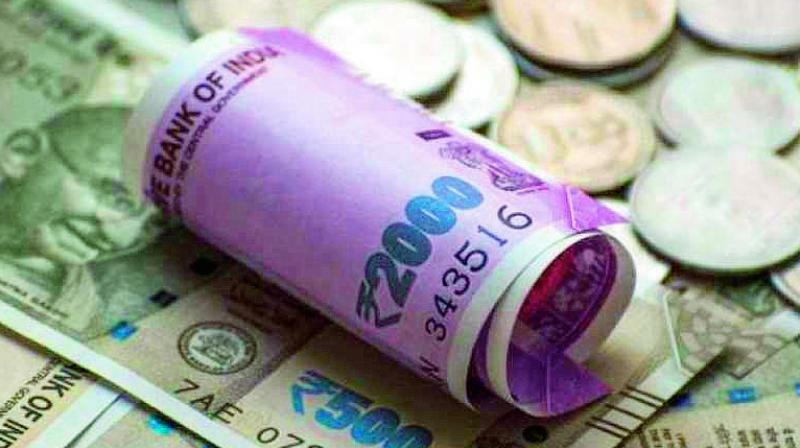 Mumbai: The rupee erased all its morning gains to hit a new record low of 74.27 against the US dollar in afternoon trade on Tuesday after Brent crude breached the USD 84 a barrel-mark again and the American currency strengthened overseas.
Moreover, unabated foreign fund outflows weighed on the rupee, traders said. At the forex market, the domestic unit opened higher at 73.93 and advanced to 73.88 on fresh selling by exporters amid weakness in dollar against some currencies overseas.
However, it turned weak and slipped to trade at a fresh lifetime low of 74.27, showing a fall of 21 paise over its on Monday’s close of 74.06. It broke previous record low (intra-day) of 74.23 reached on October 5.
Foreign institutional investors (FIIs) sold shares net worth a net of Rs 1,805 crore on Monday, provisional data showed. Investors remained concerned over sustained foreign capital outflows and rise in crude oil price to 84.48.
Forex dealers said besides strong demand for the American currency from importers, concerns rising fiscal deficit and capital outflows weighed on the domestic currency.
Meanwhile, the BSE benchmark Sensex dropped by 87.79 points, or 0.25 per cent, to 34,386.59 during mid-session.