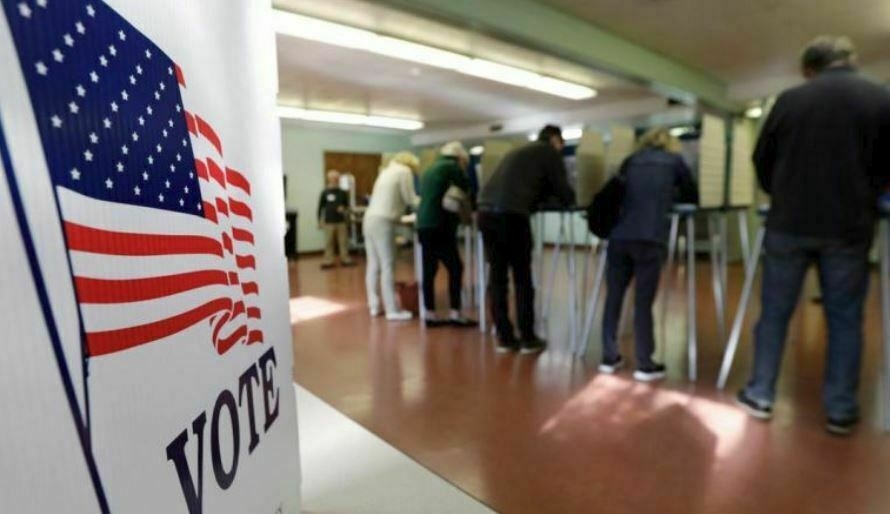 Trump-backed businessman Mike Braun’s win came as Republicans clung to delicate majorities in the House and Senate, and an anxious nation watched to see whether voters would reward or reject the GOP in the first nationwide election of Trump’s turbulent presidency.

With control of Congress and statehouses across the nation at stake, many of the nation’s top elections were too close to call.

Democrats won contested House races in Florida and Virginia, while a Republican beat back an aggressive challenge in Kentucky.

In the lead-up to the election, anxious Republicans privately expressed confidence in their narrow Senate majority but feared the House could slip away. The GOP’s grip on high-profile governorships in Florida, Georgia and Wisconsin were at risk as well.

Fundraising, polls and history were not on the president’s side.

“Everything we have achieved is at stake,” Trump declared in his final day of campaigning.

Long lines and malfunctioning machines marred the first hours of voting in some precincts, including in Georgia, where some voters reported waiting up to three hours to vote in a hotly contested gubernatorial election. More than 40 million Americans had already voted, either by mail or in person, breaking early voting records across 37 states, according to an AP analysis.

Nearly 40 percent of voters cast their ballots to express opposition to the president, according to AP VoteCast, a national survey of the electorate, while one-in-four said they voted to express support for Trump.

The nationwide survey indicated that nearly two-thirds said Trump was a reason for their vote.

Overall, 6 in 10 voters said the country was headed in the wrong direction, but roughly that same number described the national economy as excellent or good.

Two issues more than any others were on voters’ minds: 25 per cent described health care and immigration as the most important issues in the election.

Trump encouraged voters to view the first nationwide election of his presidency as a referendum on his leadership, pointing proudly to the surging economy at recent rallies.

He bet big on a xenophobic closing message, warning of an immigrant “invasion” that promised to spread violent crime and drugs across the nation. Several television networks,includingthepresident’s favorite Fox News Channel, yanked a Trump campaign advertisement off the air on the eve of the election, determining that its portrayal of a murderous immigrant went too far.

The president’s current job approval, set at 40 per cent by Gallup, was the lowest at this point of any first-term president in the modern era. Both Barack Obama’s and Bill Clinton’s numbers were points higher, and both suffered major midterm losses of 63 and 54 House seats respectively.

Democrats needed to pick up two dozen seats to seize the House majority and two seats to control the Senate.