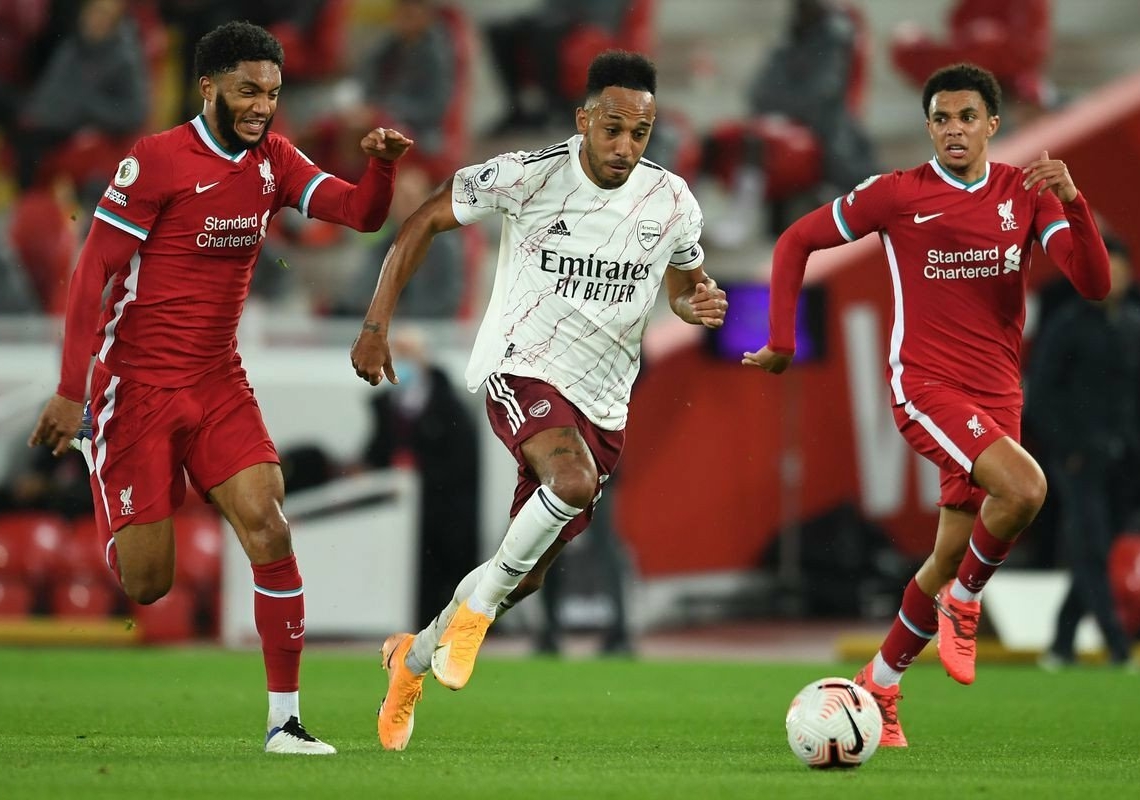 Liverpool is set to test Arsenal’s revival when the Premier League title-chasers host Mikel Arteta’s resurgent side on Saturday.

Liverpool legend Steven Gerrard is back in the Premier League and takes charge of his first match as Aston Villa boss against Brighton.

Since a dismal 5-0 thrashing at Manchester City in August, Arsenal has surprisingly emerged as the Premier League’s form team.

That chastening defeat sparked calls for Gunners boss Mikel Arteta to be sacked, but the critics have been silenced by an eight-game unbeaten run in the league.

Not even leaders Chelsea took as many points over that period as Arsenal, who have won six and drawn two to climb to fifth in the table.

Fuelled by the emergence of young England midfielder Emile Smith Rowe and Arteta’s successful overhaul of his previously leaky defence, Arsenal are dreaming of a return to the Champions League via a top-four finish.

Arsenal skipper Pierre-Emerick Aubameyang has been back among the goals and his bubbly mood reflects the team’s current confidence.

“I’m the coolest captain in the league, maybe in the world!” Aubameyang said. “To tell the truth I try to be an example. I think that is the most important part of being a captain.”

After a relatively benign run of fixtures, Liverpool is the first serious threat to Arsenal’s renaissance, with the Reds desperate to bounce back from their surprise 3-2 defeat at West Ham before the international hiatus.

Sitting four points behind Chelsea — and two ahead of Arsenal — fourth-placed Liverpool can ill afford another setback after two league games without a win.

Ole Gunnar Solskjaer is locked in a desperate fight to save his job as Manchester United tries to get their chaotic campaign back on track at Watford.

Solskjaer was expected to oversee a sustained challenge for United’s first English title since 2013 after the high-profile signings of Cristiano Ronaldo, Jadon Sancho, and Raphael Varane.

But the United boss has struggled to turn his star-studded squad into a coherent team, leading to a series of damaging defeats including Liverpool’s 5-0 ransacking of Old Trafford and Manchester City’s 2-0 stroll at the same venue.

With United languishing nine points adrift of first place, Solskjaer had to endure fresh reports this week that the club’s owners the Glazer family have started making plans to replace the Norwegian.

Another embarrassing loss against lowly Watford would push Solskjaer closer to the exit.

Steven Gerrard is one of the Premier League’s iconic figures after his glittering playing career with Liverpool, but his reputation as a manager is still a work in progress — making his decision to take charge of struggling Aston Villa a major gamble.

In his first managerial role, Gerrard spent three and a half years restoring Rangers to their current status as Scottish champions.

But proving himself in the Premier League is essential for Gerrard as he eyes an eventual move to his dream job at Liverpool.

Gerrard claims Villa is not a stepping stone to Anfield and he knows he will only be considered as a future successor to Red’s boss Jurgen Klopp if he makes a positive impact on his new team.

That won’t be easy as Villa has been listless since talisman Jack Grealish joined Manchester City in the close season.

Villa host Brighton on Saturday in Gerrard’s first game since replacing Dean Smith, who was sacked after five consecutive defeats left the club just two points above the relegation zone.

“It is about focusing on the short-term, which is Brighton at the weekend. We need to start winning football matches again,” Gerrard said.