PM Modi to address nation today at 8pm on coronavirus, second time in a week 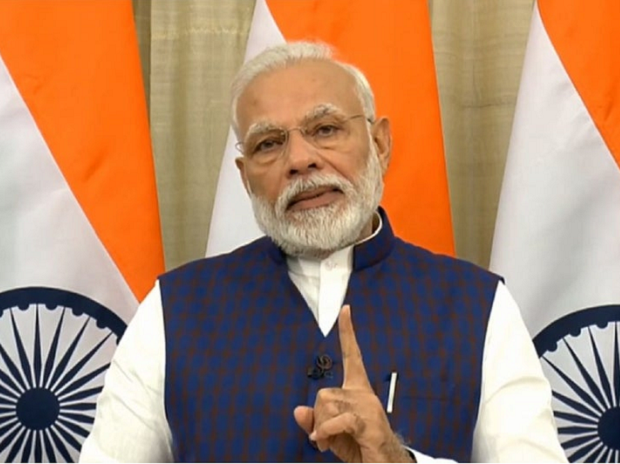 Prime Minister Narendra Modi will address the nation at 8 pm on Tuesday and discuss key aspects of the Covid-19 disease that has killed nine and infected 492 people in India, he announced on Twitter.

This is the second time in a week when he will address the country on the fast-spreading disease with flu-like symptoms that has infected 377,400 people across the world and killed over 16,500.

“I will share some important things with the countrymen regarding the global outbreak of coronavirus outbreak. Today, 24 March I will address the country at 8 pm,” his tweet read.

In a television address last Thursday, Modi highlighted the threat posed by the Sars-Cov-2 virus — which causes the disease, appealed to people to practise social distancing and work from home, and asked Indians to take a pledge to keep themselves and others in the society safe.

He apprised the nation of an emergency task force to mitigate the economic challenges stemming from the crisis and requested citizens to observe a Janata curfew (people’s curfew) while laying stress on the concepts of “determination” and “restraint” in his 30-minute address.

The Janta Curfew was in place for 14 hours on Sunday – from 7 am to 9 pm. And, as advised by the Prime Minister, people stayed off the roads and public places during this period.

During and after that people’s curfew on Sunday, India announced unprecedented restrictions, including travel curbs, to stop the infection. As many as 32 states and Union Territories, including Delhi, are under complete lockdown.

On Monday, Modi appealed to state governments to ensure the adherence to the unprecedented measures announced in several parts of the country, saying that many people are still not taking the situation seriously. And then, again on Twitter, Modi said he called upon industry leaders to continue following the work-from-home order as much as possible.