Over 1 lakh J&K residents brought back from other states so far: Govt 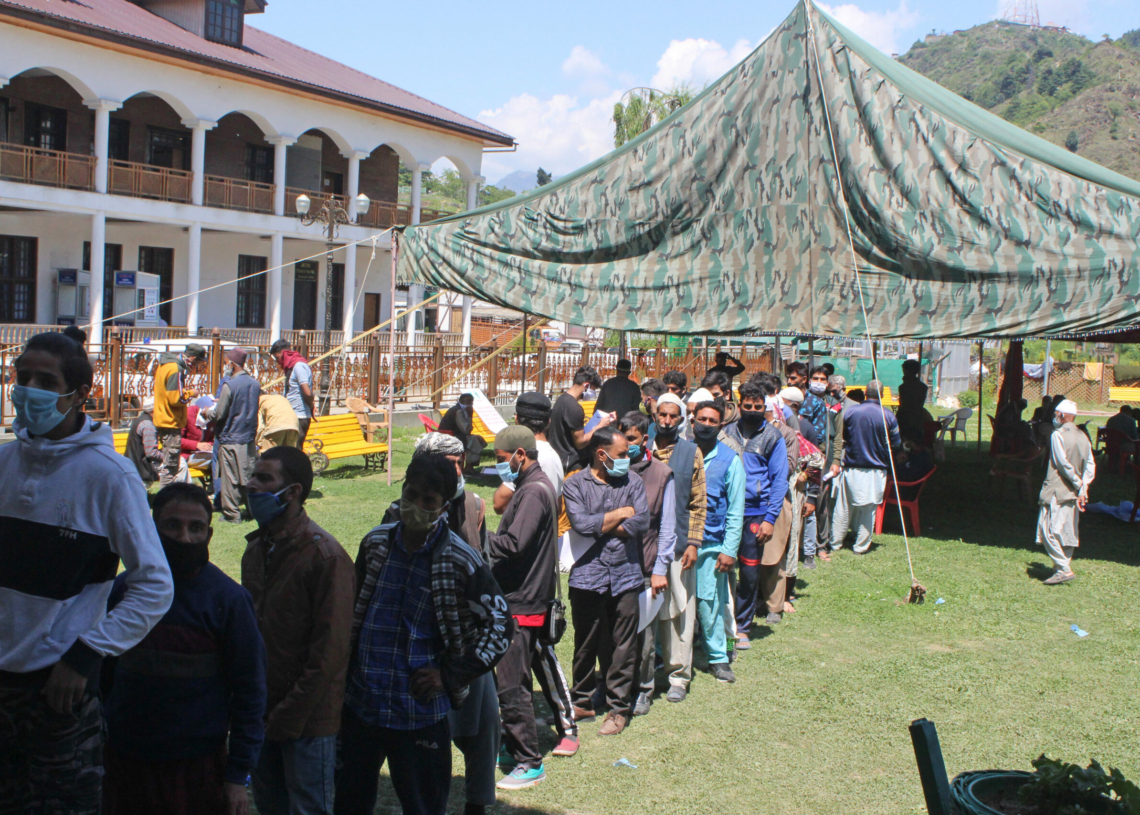 Kashmiris stranded outside the valley brought back by government queuing up for screening at a COVID facilitation Centre in Srinagar in June (File Photo: KM/Umar Ganie)

Jammu: The Jammu and Kashmir Government Tuesday said it has evacuated over 1,0600 JK residents, stranded in other parts of the country due to COVID-19 lockdown, via Lakhanpur and through special trains and buses till date.

As per the official data, the administrations of Jammu and Kashmir districts have received 40 special trains at Jammu and Udhampur railway stations from different states and UTs, so far, with about 31,786 stranded passengers while about 74,316 persons have been evacuated by the government through Lakhanpur till date.

“Therefore, a total of about 106,102 J&K residents stranded outside UT have been brought back to the UT by the Jammu and Kashmir government by 40  special trains and a fleet of buses through Lakhanpur after strictly observing all necessary preventive measures regarding the Virus,” an official statement read.

ADVERTISEMENT
Tags: CoronavirusCOVID-19J&KJammu and KashmirStranded
No Result
View All Result