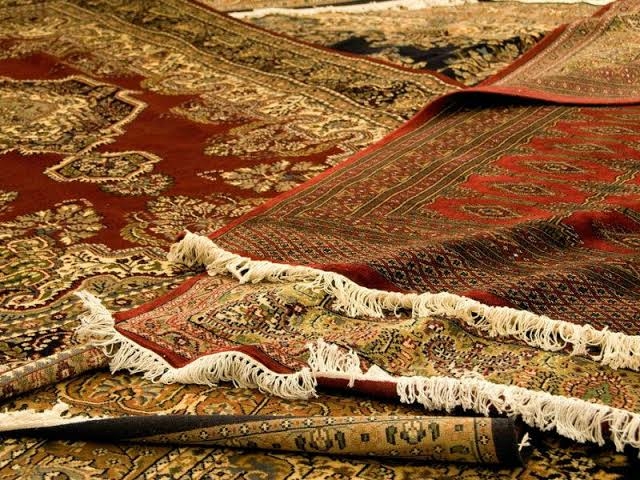 Srinagar: It is for the first time in four decades that a loom of carpet artisan Abdul Ahad Bhat of Baramulla has remained non-operational for such a long time.

Even during tough times, his loom would produce the finest carpets with maximum production being witnessed during hartals and shutdowns when he and his family would spend maximum time at home.

This lockdown has sounded death kneel to Bhat’s business with no fresh orders coming his way for the last two months.

“This lockdown is completely different compared to the shutdowns witnessed in Kashmir previously. We couldn’t get the raw material from our dealers who too have shut their units. I could weave just one carpet in March following which I had to close down the loom,” he said.

This is not an isolated case. The situation is the same with the rest of the carpet weavers in Kashmir.

“Gulf and European countries form a major customer base for Kashmiri carpet dealers. We have suffered huge  loses for the last two months as no export could take place,” said Bashir Ahmad, a carpet weaver, and dealer from Pattan

“We had received some orders during lockdown but it couldn’t mature. Now the lack of raw material has forced every artisan to close down his loom. We met divisional commissioner Kashmir recently and demanded to create a raw material bank for artisans so that looms function during challenging situations,” he said.

Paper machie and other handicrafts are facing similar crisis due to the lockdown.

Parvez Naqash, a paper machie dealer, said that 95 percent of the production has dropped in during the last two months of lockdown.

“It was the peak time to produce goods, which could reach the European markets before August. But due to the lockdown, all suppliers have closed their units,” he said.

An official from the Department of Handicrafts said Kashmir has witnessed no major exports of handicrafts in the last two months of the first quarter. “The coronavirus pandemic has impacted all forms of trade globally.  We are expecting the exports to pick up once airports resume operation in Kashmir and other countries,” he said.