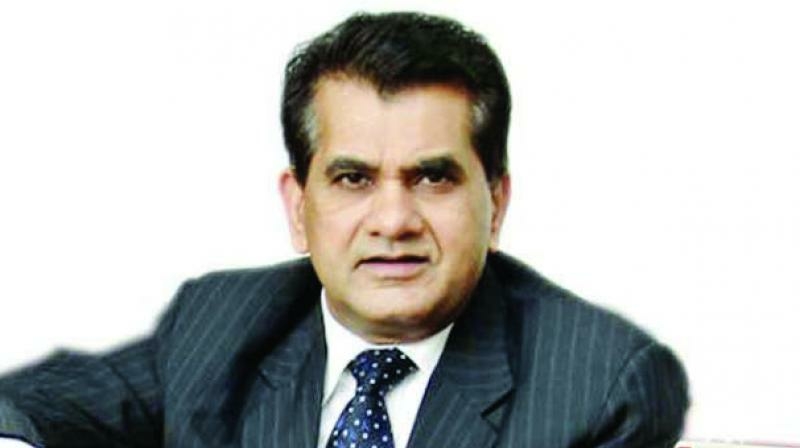 New Delhi: The government has been sympathetic towards the real estate sector by giving various incentives in the interim Budget and it is now time for them to deliver homes, Niti Aayog CEO Amitabh Kant said.

“This government has been over sympathetic towards CREDAI, so you better perform and deliver houses now,” Kant said at an event organised by CREDAI, apex body of private real estate developers association.

He also urged the members of CREDAI to squeeze time of construction of houses.

“When a middle class family books a flat, you people take 5-6 years to complete construction of that flat. As interest rates in India are too high, so if interest rates for 5-6 years are taken into account, project becomes unviable,” Kant said.

“So you people(members of CREDAI) must complete construction of house in 8-10 months,” Kant added.

He also pointed out that the Aayog was fighting for lower GST on under construction.

So the GST council has set up a GOM (group of ministers) to look in the issue, he highlighted.

Looking to boost sluggish housing sector, the government in its interim Budget 2019-20 provided tax sops to real estate firms for developing affordable housing until next fiscal and tax exemption on notional rent for unsold inventories for two years.

The Niti Aayog CEO also stressed on need for reforms in the agriculture sector.

India is growing at 7.5 per cent per annum, Kant said adding “but challenge for India to grow at 9-10 per cent for three decades to lift poor people out of poverty.”

He noted that Modi government has made India easier place to do business.