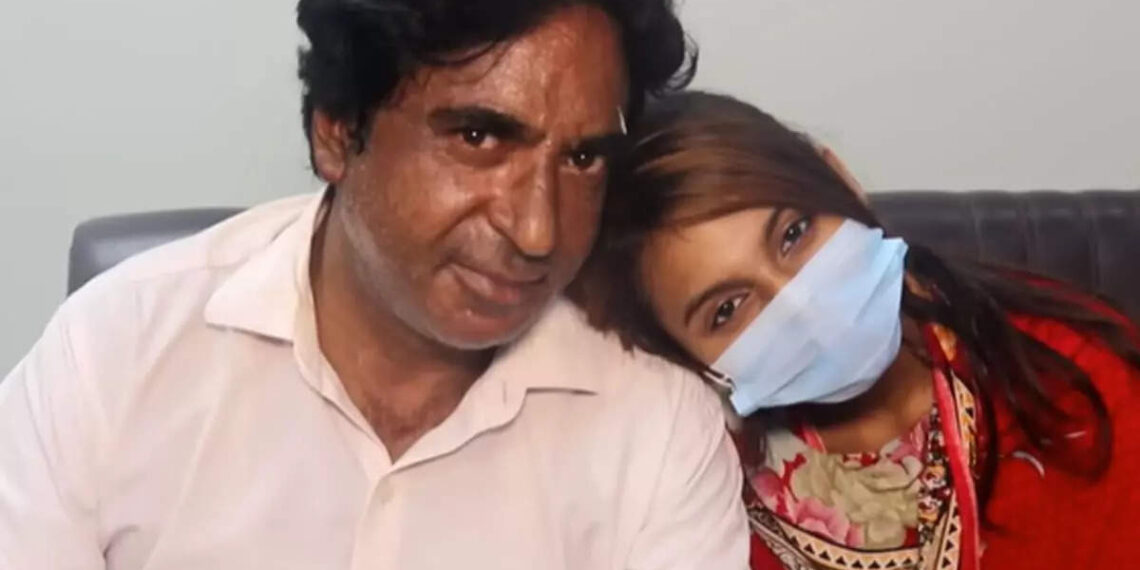 Love has no boundaries, knows no logic, and can make the impossible possible. Recently, an incident in Pakistan proved it when an 18-year-old girl got hitched to a 55-year-old man, leaving their families and relatives shocked.

Actually, it was a hit song from Bobby Deol’s film ‘Badal’, which brought the couple together.

After falling in love, Muskan, an 18-year-old girl married Farooq Ahmed, a 55-year-old man, and both are connected by their love for music. The huge age gap between the couple became talk of the town, prompting Youtuber and influencer Syed Basit Ali to interview them.

The love story began when Farooq, who lived across the street from Muskan, started visiting teen’s house. As Farooq narrated in the video, he is a music lover and it was Muskan’s voice which got his attention. Actually, Muskan used to hum songs and gradually, Farooq became obsessed with her voice. He would frequently visit her home and shower gifts on Muskan.

With the passage of time, their love grew and it was Muskan who fell for Farooq first, who also realised it soon and then they decided to tie the knot.
Interestingly, it was Muskan who took the initiative first by throwing hints by singing a song ‘Na Milo Humse Zyada’, from Bobby Deol’s ‘Badal’ movie.

Here’s the interview: When asked how their friends and family members reacted to the marriage, the couple accepted that they had to bear taunts and face objections from relatives, but they decided to pay no heed towards them and they got married with mutual consent and love for each other.

A few days ago, a similar sort of incident happened in Pakistan where a landlady married her servant in Islamabad.