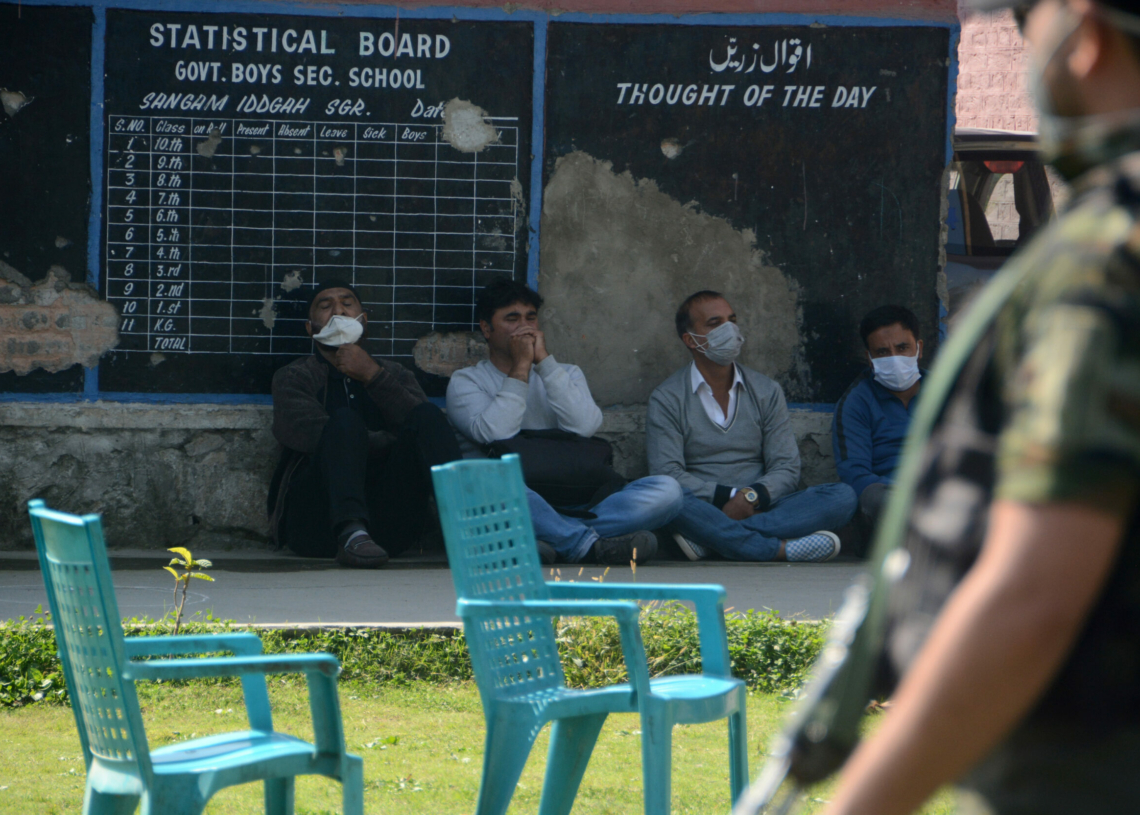 SRINAGAR: Every eye became moist when blood-drenched bodies of two teachers were being taken away.

Principal of the Government Boys School, Sangam, Eidgah Supinder Kour, a resident of Alochi bagh area of Srinagar, and Deepak Chand, a teacher and a resident of Jammu, were shot dead inside the school premises on Thursday morning.

Another teacher said there was a tea break and some of them were having the tea when the duo was shot dead. “From August 1, we are regularly attending the school. Since yesterday, exams for Class X and XII started. Today there was no paper. We heard gunshots and saw one of the teachers falling down,” he said.

Emotions ran high when the news reached the homes of the two slain teachers. Cries and shrieks rent the air as people mourned the death of two teachers.

“This is an attempt to defame local Muslims of Kashmir. Killing innocent civilians including teachers is a move to attack and damage the age-old tradition of communal harmony and brotherhood in Kashmir,” said Dilbag Singh, Director General of Police. Singh said police have got some leads about the killers in previous cases.

“I talked to staff members of the school and they are in total shock over losing two colleagues. Police will nab the killers very soon,” he said. Condemnation poured from all sections of the society. Leading the chorus was Grand Mufti Nasir-ul-Islam. Expressing shock and grief, he said it was unfortunate that members of a particular community are being targeted. Grand Mufti said that no religion allows the killing of innocent civilians.

“Islam prohibits attacking unarmed person. “Muslim community stands with the bereaved families at this hour of grief and shock. No one will be allowed to harm the social fabric of Kashmir,” he said. Peoples Conference chairman Sajad Lone said it is important to understand that terrorists have no religion.” Reports of cowardice emerging.

Two teachers were shot dead. It is important to understand that terrorists have no religion. Muslims have been killed too. I personally had a killing in my family. This is a lunatic fringe which is a curse for Kashmir. May Allah rid us of this curse,” he tweeted. Former chief minister Omar Abdullah said words of condemnation are not enough for this inhuman act of terror.

“Shocking news coming in again from Srinagar. Another set of targeted killings, this time of two teachers in a Govt school in the Idgah area of the city. I pray for the souls of the deceased to rest in peace,” he said.