Monetary resources `lifeblood’ of terrorists; steps should be taken to choke them dry: NSA 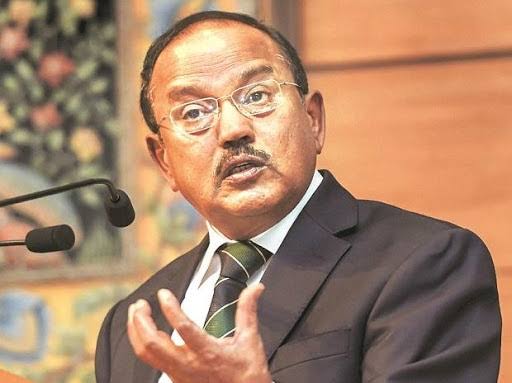 In an address at the inaugural India-Central Asia meeting of national security advisors, Doval also said that all UN member states should refrain from providing any form of support to entities or persons involved in terrorist acts and fulfill the obligations enshrined in relevant counter-terror conventions.

The NSAs of Kazakhstan, Kyrgyzstan, Tajikistan, and Uzbekistan are attending the conclave while Turkmenistan is being represented by its ambassador to India.

“Afghanistan is an important issue concerning all of us. India’s concerns and objectives with regard to immediate priorities and the way forward are similar to those of many of us around the table,” he said.

Doval said connectivity with Central Asian countries remained a key priority for India and that New Delhi stands ready to cooperate, invest and build connectivity in the region.

“While expanding connectivity, it is important to ensure that connectivity initiatives are consultative, transparent and participatory, with respect for sovereignty and territorial integrity of all countries,” he said, seen as an oblique reference to China’s Belt and Road Initiative (BRI).