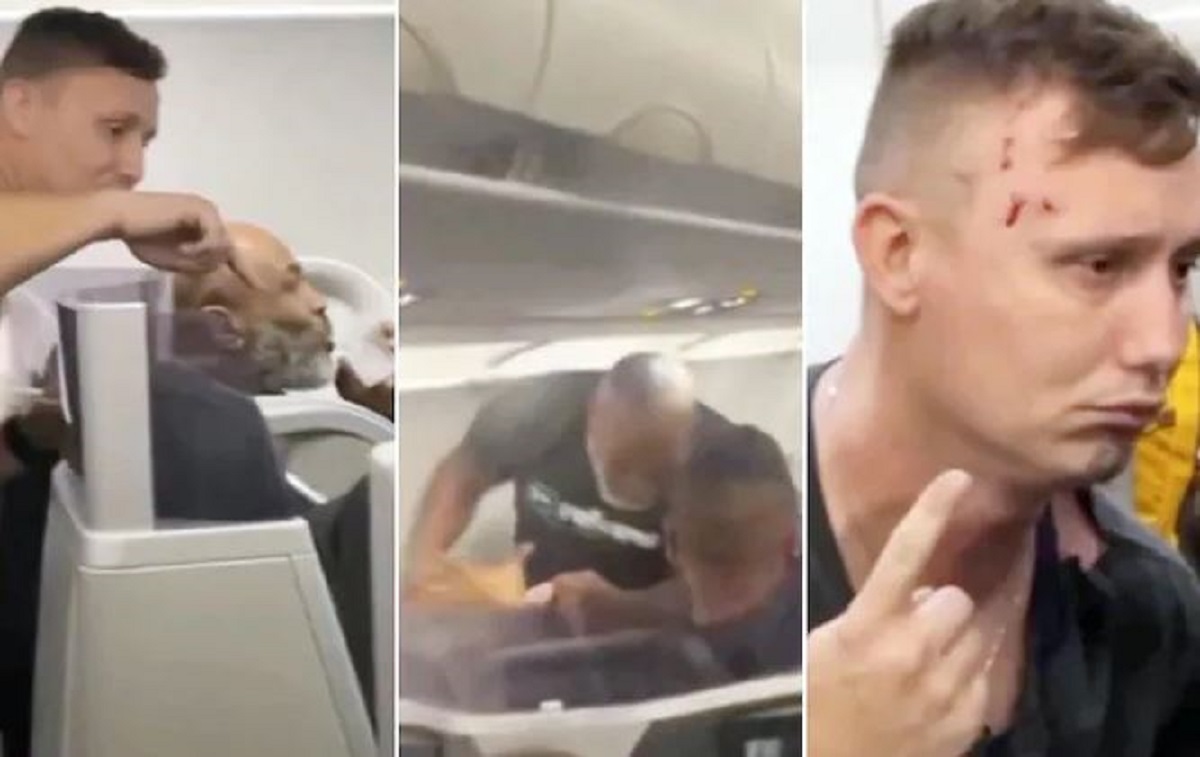 Mike Tyson, the Hall of Fame boxer and former heavyweight boxing champion, burst out at an annoying passenger on plane by repeatedly punching the man in his face and leaving him injured.

A video of the incident shot by one of the co-passengers is going viral on social media. In it one can see Mike Tyson repeatedly punching the passenger on a plane about to fly out of San Francisco. Tyson was reportedly irritated by the man’s attempts to talk to him. The video showed Tyson leaning over the back of his seat and delivering a flurry of blows to the man, who appeared to be left with bruises and some bleeding in the incident on Wednesday.

“Iron Mike” was initially friendly to the passenger and his friend when they boarded the flight but reacted after the man “wouldn’t stop provoking” him, the TMZ entertainment website said

“A man was HARASSING Mike Tyson on a Jet Blue flight, and Mike had to put hands on him to stop the harassment,” Tariq Nasheed, a Twitter user said while sharing a video of the incident.

TMZ reported that the aftermath of the punches was seen towards the end of the clip as the victim sat battered and bloodied, visibly upset at what just occurred. The man who recorded the footage can be heard saying, “My boy just got beat up by Mike Tyson.”

Tyson was reported to have walked off the plane before it took off for Florida.

US police, the JetBlue airline and Tyson’s representatives made no immediate comment on Thursday.

Considered one of the best heavyweights of all time, Tyson is also known for his erratic behavior — biting off a piece of Evander Holyfield’s ear in a 1997 bout — and brushes with the law, including a conviction for rape and a cocaine addiction.