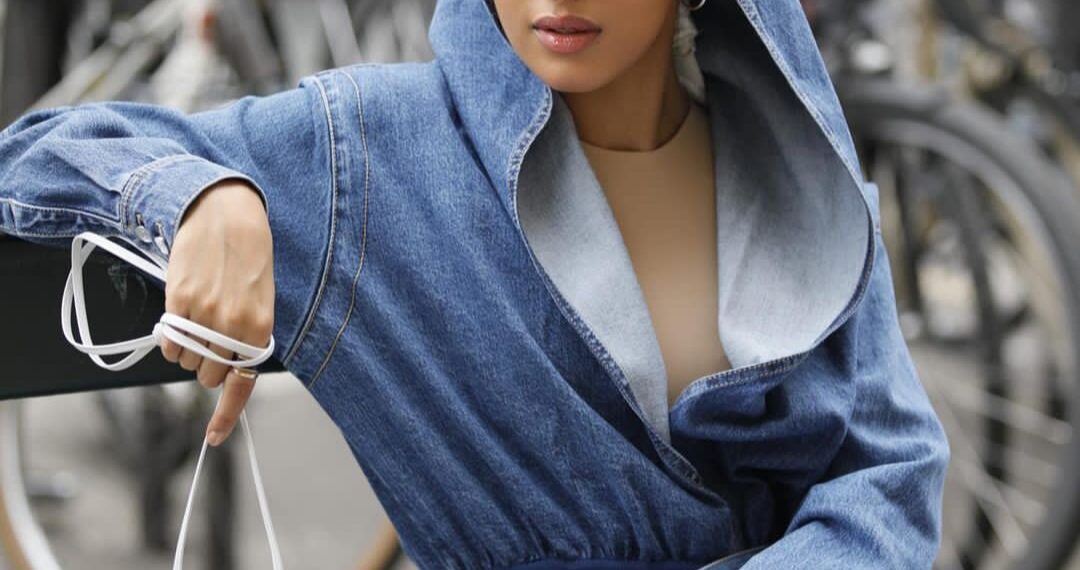 From Fendi to Dior and Elie Saab to Ashi Studio, the Saudi multihyphenate was spotted at various runway presentations flaunting her ever-impeccable style.

Arab News reported that she was most recently spotted showing off jewelry by Italian label Repossi, which is headquartered in Paris while wearing a Maison Alaia top and heart-shaped handbag and trousers by The Row. Alnamlah shared the creative shots on Instagram, and also showed off rings and an ear cuff by the jewelry label.

Before that, the fashion-forward influencer was seen at the Maison Margiela show in a beige and cream ensemble, a look she completed with silver beaded gloves.

For the label’s first runway outing in two years, Maison Margiela decided to channel the digital-only days of the pandemic by showing a film, except this one was performed and recorded in front of a live audience at the Théâtre National de Chaillot in Paris. The film, the brainchild of creative director John Galliano, was made in collaboration with the British theatrical group Imitating the Dog, using real actors and models.

Alnamlah was also seen at the Elie Saab presentation wearing an all-white look, along with a wide-brimmed white hat, by the Lebanese fashion house. She finished off the ensemble with a matching Jimmy Choo bag. At the Schiaparelli couture show, Alnamlah wore an understated but elegant gown by Bahraini designer Aks. The Fendi presentation saw the influencer turn up in a chic suit paired with pastel accessories.

However, one of her most popular looks from the week came at the Dior show, where she showed off a full-length pleated black and yellow skirt paired with a crisp white shirt and black tie.

Alnamlah has made a name for herself on the fashion circuit as a blogger, beauty influencer, and makeup artist over the last few years. The architecture student is also an entrepreneur and launched a coffee store called So Matcha in Riyadh, and will soon be opening her own salon and releasing beauty products as well.

The brand brought to life the traditional card game of baloot through a film shot by an all-Saudi production team in Riyadh. The film featured a host of other Saudi personalities, including actress Sarah Taibah, emerging fashion model Domie Alsalim, and fashion and beauty influencer Faisal Alghazzawi, as they competed in the game.