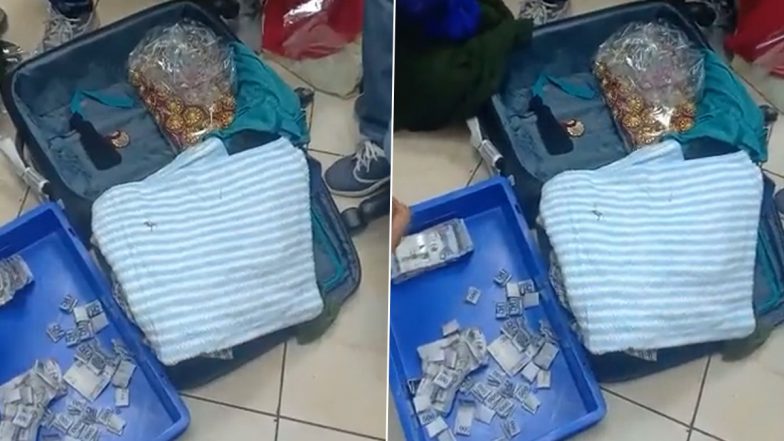 A passenger travelling from India to Dubai was apprehended by CISF personnel at the Delhi airport on Tuesday for allegedly smuggling Saudi Riyals worth Rs 41 lakh by concealing them in ‘lehenga’ buttons, officials said.

The man was intercepted by the security personnel at Terminal-3 of the Indira Gandhi International airport during security checks at about 4 am.

The personnel on duty noticed suspicious images of the buttons, which were kept in the passenger’s bag, on the X-ray scanner monitor and decided to probe further, the officials said.

The passenger was supposed to take a SpiceJet flight to Dubai, a senior officer said.

A cache of 1,85,500 Saudi Riyals valued at Rs 41 lakh and kept neatly folded in square shape inside buttons used in lehengas worn by women was recovered from the man, he said.

The passenger was offloaded from the flight and handed over to Customs authorities for further investigation, the officer said.