Islamic gold coin dating back to Umayyad era to go under hammer in London; expected to fetch $ 791k 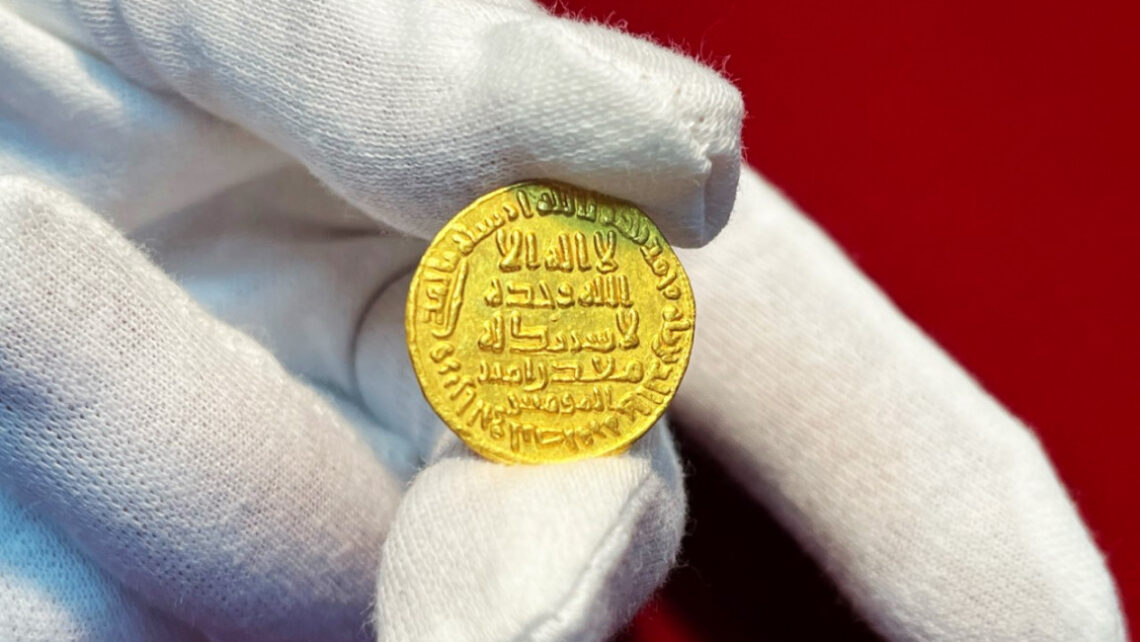 An Islamic gold coin dating back to the Umayyad era is going under the hammer in London next week.

The gold dinar coin dates back to 712 AD, the middle of the Umayyad era, the Classical Numismatic Group said in a press release.

Though coins from the Umayyad era do go on sale, it is the first time that a coin from the Islamic calendar year 93 AH will be up for bidding, CMG said.

The coin is also rare because it features an engraving reading ‘Mine of the Commander of the Faithful’.

“These remarkable Umayyad dinars with the enigmatic ‘Mine of the Commander of the Faithful’ are small, beautiful, astonishingly rare historical documents,” CMG Islamic coin specialist Stephen Lloyd said.

“They bear witness to a time when the gold of Arabia helped an Umayyad caliph rebuild some of the holiest and most important sites in the Islamic world.”

The caliph referred to on the coin is Al-Walid I, the sixth Umayyad caliph who led armies that conquered parts of Spain and North Africa, as well as South and Central Asia.

Wealth gained from the conquests financed the construction of the Al-Aqsa Mosque in Jerusalem, the Prophet’s Mosque in Medina, and the Umayyad Mosque in Damascus.