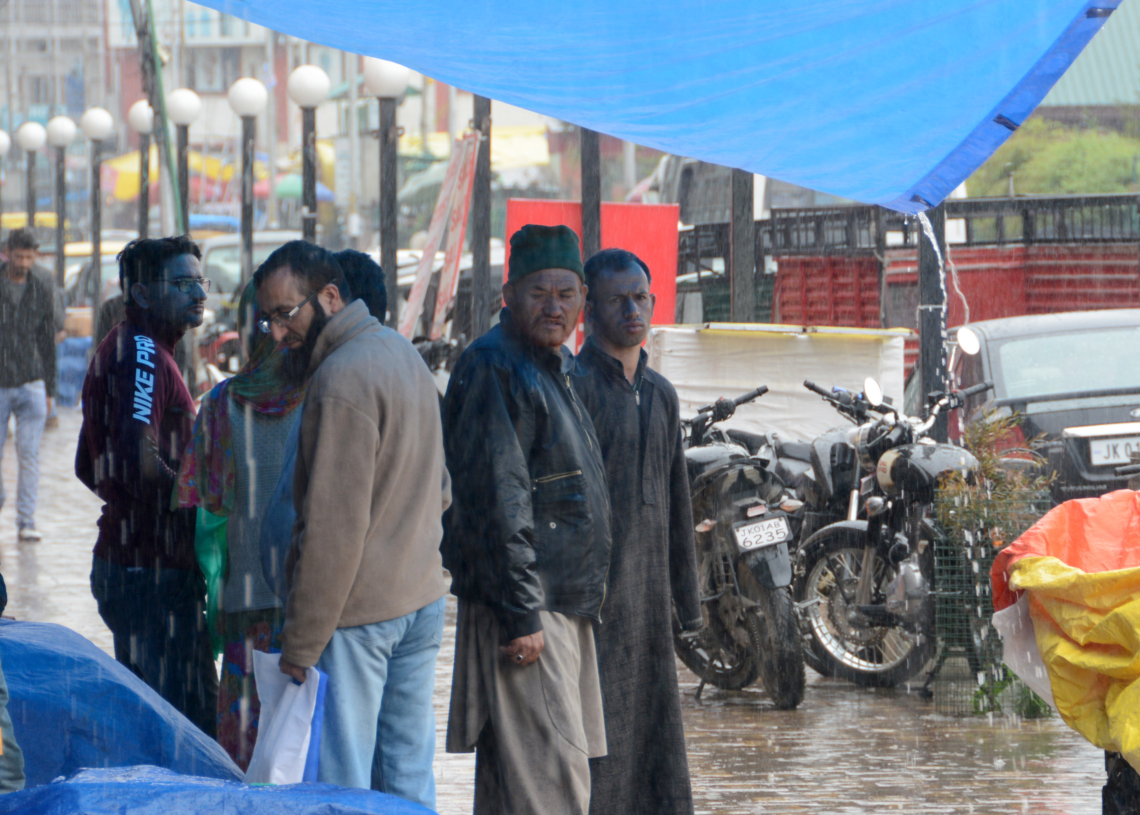 Srinagar, Apr 13 : The intermittent rainfall since Thursday evening has continued to lash Valley while as a local Meteorological department here has predicted more rains from April 15 evening.

The intermittent rains started on Thursday evening and continued till today, bringing the temperature down.

The rainfall has caused inundation of several City areas as well filled the potholed roads in Srinagar, causing immense hardships to the commuters as well as the pedestrians here.

However, he said tha weather conditions would improve from tonight, saying that weather would remain partly cloudy on April 14 (Sunday) and April 15 (Monday).

Nonetheless, he added that from Monday evening, they are predicting light to moderate rainfall till April 17 (Wednesday) afternoon.

He also added that the rainfall across the Valley has brought the temperature down.

Meanwhile, the water level in rivers and streams has got increased today while as the Chief Engineer Irrigation and Flood Control (I&FC) department, Ashok Kumar Sharma said that increase in water level was the outcome of melting of snow.

“We hope the snow melts before the beginning of rainy season. The intermittent rainfall at present doesn’t contribute to the flood,” he said, adding that there was no need to panic.