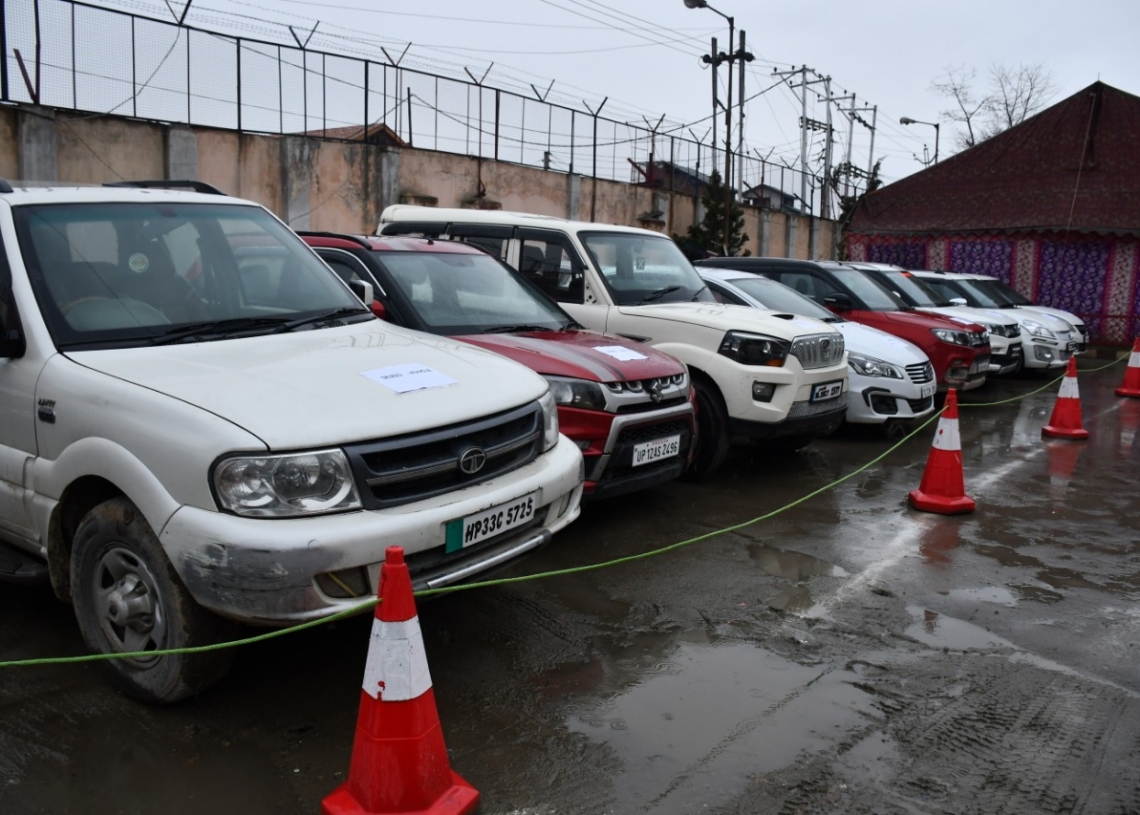 Srinagar, March 12: Police on Thursday claimed to have busted an interstate gang of vehicle lifters by arresting five persons and recovered nine vehicles from them.

Addressing a press conference Muhammad Sulaiman Chowdhary said that acting on a reliable information that some persons are involved in illegal selling of SUV’S and Cars in the areas of Narbal, Parimpora at a price much lesser to the actual cost of vehicles by way of luring and duping general public of their legitimate money and selling suspicious stolen vehicles.

“Subsequently, case FIR No. 16/2020 under relevant sections of law was registered at PS Parimpora and investigation was initiated.

The modus operandi of the lifters was to lift these vehicles, identify similar vehicles operating in different parts of country with a genuine owner and get a duplicate registration number plate fixed on these stolen vehicles to make them appear similar to existing registered genuine vehicles so as to misguide the law enforcing agencies as well as general public, he said, adding Further investigation into the matter is in progress.Meanwhile, police appealed the general public not to buy any suspicious vehicles from unauthorized dealers/persons and buy only after proper verification from the Police and RTO’s concerned.