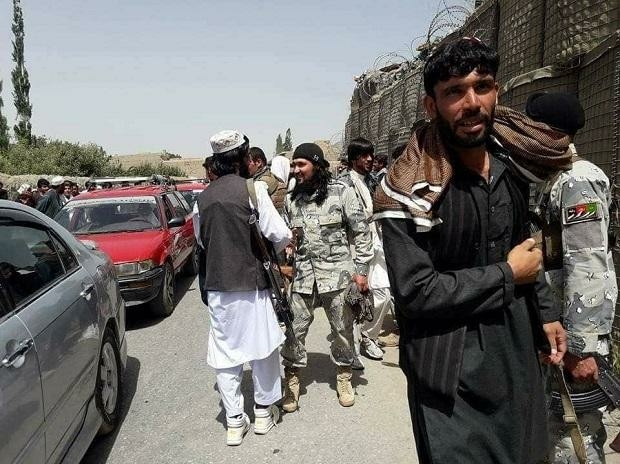 Due to the deteriorating security situation in Afghanistan’s Kandahar, some staff of the Indian embassy has been evacuated, news reports quoting diplomatic sources said on Sunday.
Meanwhile, the emergency services of the consulate remain operational.
However, diplomatic sources stated that reports of shutting of Indian Consulate in Kandahar, Afghanistan are incorrect. And the mission remains functional, they added.
India had earlier hinted that it will bring back its nationals and officials from Afghanistan if the security situation worsens as the Taliban is making advances and capturing more provinces.
“With the Afghan security situation deteriorating, plans have been discussed for bringing back our citizens and officials present in different parts of that country and multiple agencies are in discussion for this purpose,” news agency ANI quoted sources saying.
India has its embassy in Kabul along with the consulates in Kandahar and Mazar where it has over 500 staff deployed.
Two consulates in Herat and Jalalabad had ceased operations earlier there.
The country, which has had a big presence in Afghanistan since the fall of the Taliban in 2001 following the US invasion, has been helping the successive governments there including the members of the northern alliance who have been friends with India for a long time.
Describing the security situation in Afghanistan as fluid and deteriorating, the Afghan envoy to India Farid Mamundzay has said the Taliban need to cease violence and there should be an end to the bloodshed.
“More than 200,000 Afghan civilians are displaced already. There is an active fight going on between Afghan forces and Taliban fighters in 200 districts out of a total of 375. There is also trouble in 18 border districts that share a border with several countries Tajikistan, Uzbekistan and Iran,” the envoy said.
Considering that the complete withdrawal of US troops from Afghanistan will end in August, the Taliban have been capturing newer districts and areas at a lightning speed and the Afghan government forces are also fleeing from a number of places there.
India has worked immensely for the redevelopment of Afghanistan and helped it to construct Parliament building along with several roads connecting important cities of the war-torn country.